One of the world's top spinal surgeons has filed for divorce after discovering that his wife is a call girl. 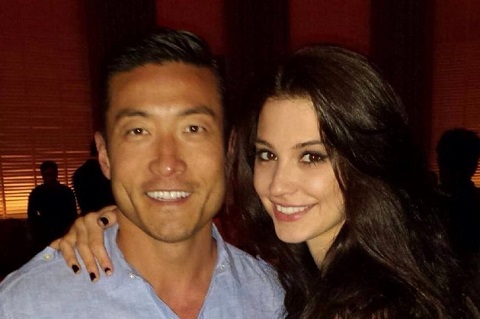 Dr Han Jo Kim and call girl wife
A famous doctor has divorced his beauty queen wife after realizing that she secretly sleeps with men for money.
Dr Han Jo Kim, 41, filed for an annulment of his marriage to former Miss USA hopeful Regina Turner, 32, claiming she worked as a high-end call girl before and during their marriage, the New York Daily News reports, citing court documents.
Jo Kim is one of the world's top spinal surgeons.
The former couple, who wed in 2015, settled their contentious split before a public hearing which had been scheduled for 10am on Monday, July 26, could take place, Lucian Chalfen, spokesman for the state Office of Court Administration, said.
The divorce papers, filed in Manhattan Supreme Court, reportedly allege that Ms Turner earned around £500,000 ($700,000) in cash from her clients.
Ms Turner, who was crowned Miss Connecticut USA in 2011, allegedly covered up her secret sex work by telling her other half that she had a tech startup and was receiving venture capital funding, the documents say.
Dr Kim asked Ms Turner how she was supporting herself while the app was being developed, and she allegedly said her great-grandmother gave her a $500,000 (around £360,000) inheritance.
She also claimed she had to travel for work or that she was going out with girlfriends, according to the papers.
But Dr Kim filed for divorce in December 2020 after finding a text message from another man on a computer in the couple’s Upper East Side home in New York, US, court documents state.
Ms Turner’s financial records showed $675,030 in cash deposits from 2015 to 2021 - with many coming from a New Jersey real estate executive, as well as a lighting designer’s UK-based company, according to the document.
But court documents claim "[Ms Turner's] savings and access to funds derived from her receipt of money in exchange for provision of sexual service."
"It remains inconceivable to plaintiff that given his substantial earnings as a spine surgeon, and his enormous generosity to the defendant, that defendant continued to sell sex for money during the marriage," the complaint alleges.
It is also alleged that Ms Turner lied about her education, saying she had been a chemistry major at the University of Connecticut for three years until she took a leave of absence to take part in the Miss USA Pageant.
But court docs allege that she never even graduated from high school.
Top Stories