The suspected robbers who went for the said operation had an encounter with the Police after the robbery operation and were forced to abandon the two cars and fled. 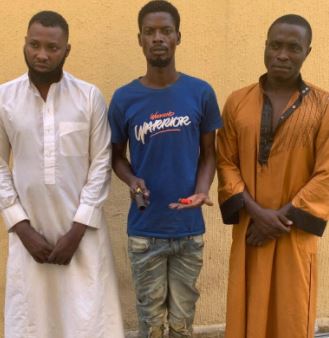 Three suspected armed robbers who snatched a Lexus car at gunpoint in Ikorodu area of Lagos on July 11 have been apprehended by operatives of the Lagos State Police Command Special Squad, Ikeja.

The suspected armed robbers who went for the said operation in their Toyota Camry operational car, had an encounter with the men of Police Mobile Force Squadron 63 Ikorodu, Lagos, after the robbery operation, and were forced to abandon the two cars and fled.

Spokesperson of the state police command, CSP Olumuyiwa Adejobi, who confirmed the arrest, said the case was transferred to the Special Squad, ikeja, for further investigation and arrest of the armed robbers.

He said the men of the Special Squad painstakingly went after the armed robbers and were able to arrest one Omoyemi Jimoh, m, 30, in Ikorodu on 23rd July 2021, while the other two members of the gang, Ademola Michael, m, 31 and Olawale Adewale, m, 29, were arrested on 27th July, 2021 at different locations in Ikorodu, Lagos State.

Adejobi added that items recovered from them include one locally-made pistol, one expended cartridge assorted charms other dangerous weapons, one Toyota Camry car with Reg. No Reg.KRD 417 GL and the snatched Lexus Car (Reg. No withheld). 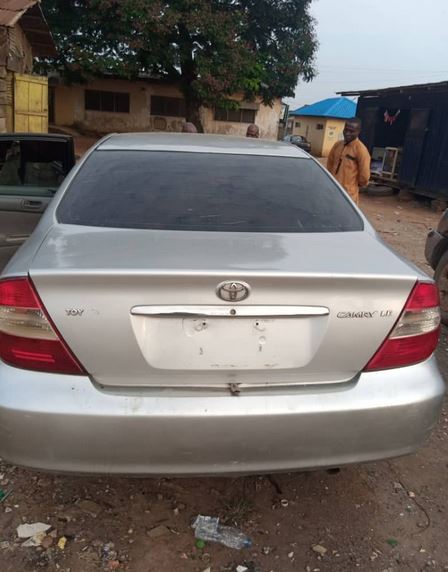 In a related development, the operatives of the Lagos State Rapid Response Squad (RRS), on routine patrol and anti traffic robbery surveillance, on Thursday 29th July, 2021, along the ever-busy Obafemi Awolowo way, Ikeja, arrested two members of a notorious syndicate which specializes in mobile phone theft.

The two (2) suspects, Abiodun Idowu, (M), aged 40, an indigene of Sagamu-Remo in Ogun State, resident at No 3, Segilola street, Agege, Lagos and Adeleke Adekunle, (M), aged 27, an indigene of Ila-Orangun in Osun state, who resides at No 7, Araromi street, Kola, Alagbado, Lagos, were arrested after dispossessing one Olakunle John, an NYSC Corp member, of his phone. 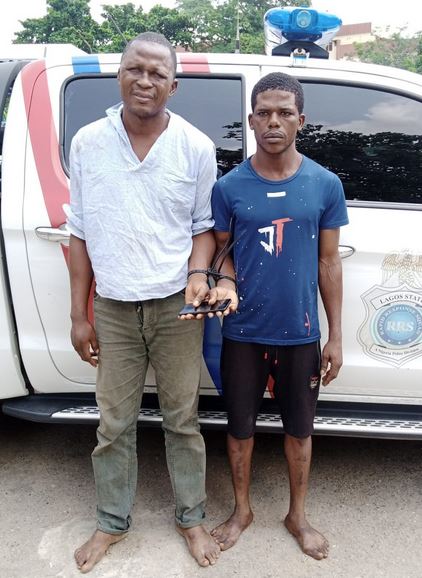 Adejobi said upon interrogation, the suspects confessed to have been in the criminal act of phone theft for a while. He said further credible intelligence is being channeled towards the arrest of their fleeing accomplices. One galaxy A20 model phone and two (2) sim cards belonging to the victim were recovered from them.