The thief identified as Hamza Usman fell asleep while robbing a mosque in Kebbi. 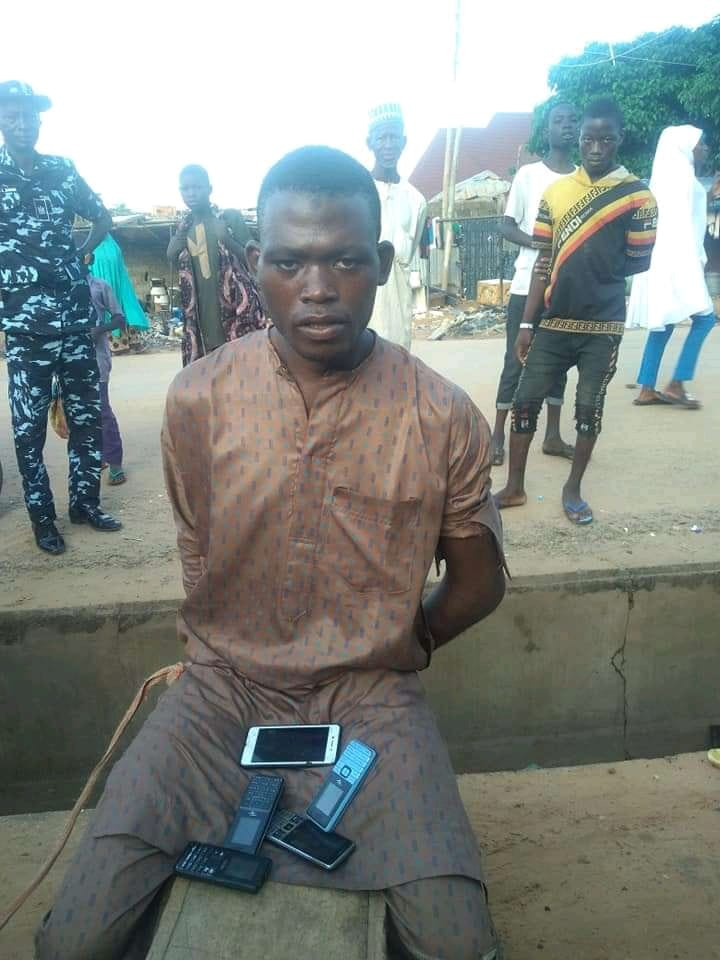 The thief after he was arrested
A suspected thief has been captured after he became tired and fell asleep while robbing a mosque in Kebbi state.
It was gathered that the suspect identified as Hamza Usman, 31, from Maidahini village was caught in the early hours of Friday, July 30, with multiple handsets at Bayan Kara, Birnin Kebbi.
According to Yakubu Ahmed Bk, the suspect who claimed that he was in the company of two others (now at large) confessed that they have been stealing phones at night in houses when owners had gone to bed.
"He went into a mosque at night after scaling walls of some houses and stealing phones and was about stealing gadgets when he suddenly fell asleep. He was arrested when worshippers began trooping in for early morning prayers. He has since been handed over to police authorities." Yakubu wrote.
Top Stories