Jide took to the band’s official social media to announce the sad passing away of his colleague. 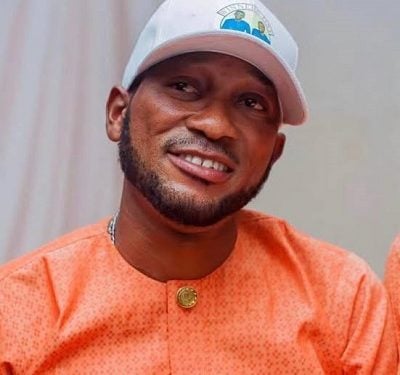 Tope Ajogbajesu, a Nigerian gospel singer who was part of the gospel music group, Ajogbajesu Twins, has died.

One half of the music group, Jide announced the demise of his bandmate, Tope Ajogbajesu.

Jide took to the band’s official social media to announce the passing away of his colleague.

“With a painful regret that I am informing you that we lost our beloved one, Tope Ajogbajesu,” he posted. 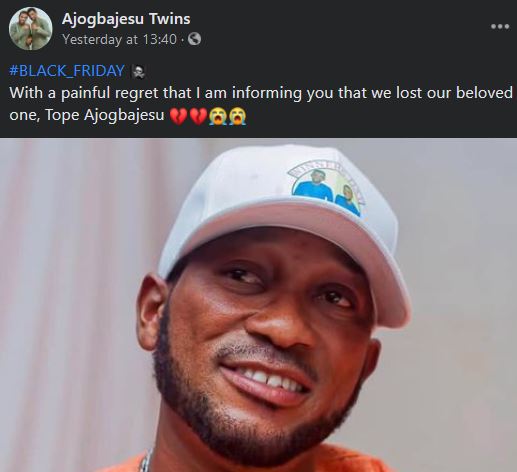 Reports have it that Tope died after a protracted illness.

The duo, which makes a debut with a hit album ‘Winner’ in 2004, is well known as Ajogbajesu twins but biologically are not twins.