The man, named Larry Odigie, from Benin, Edo state, was arrested when he went to confront a mattress seller to ask for his money back. 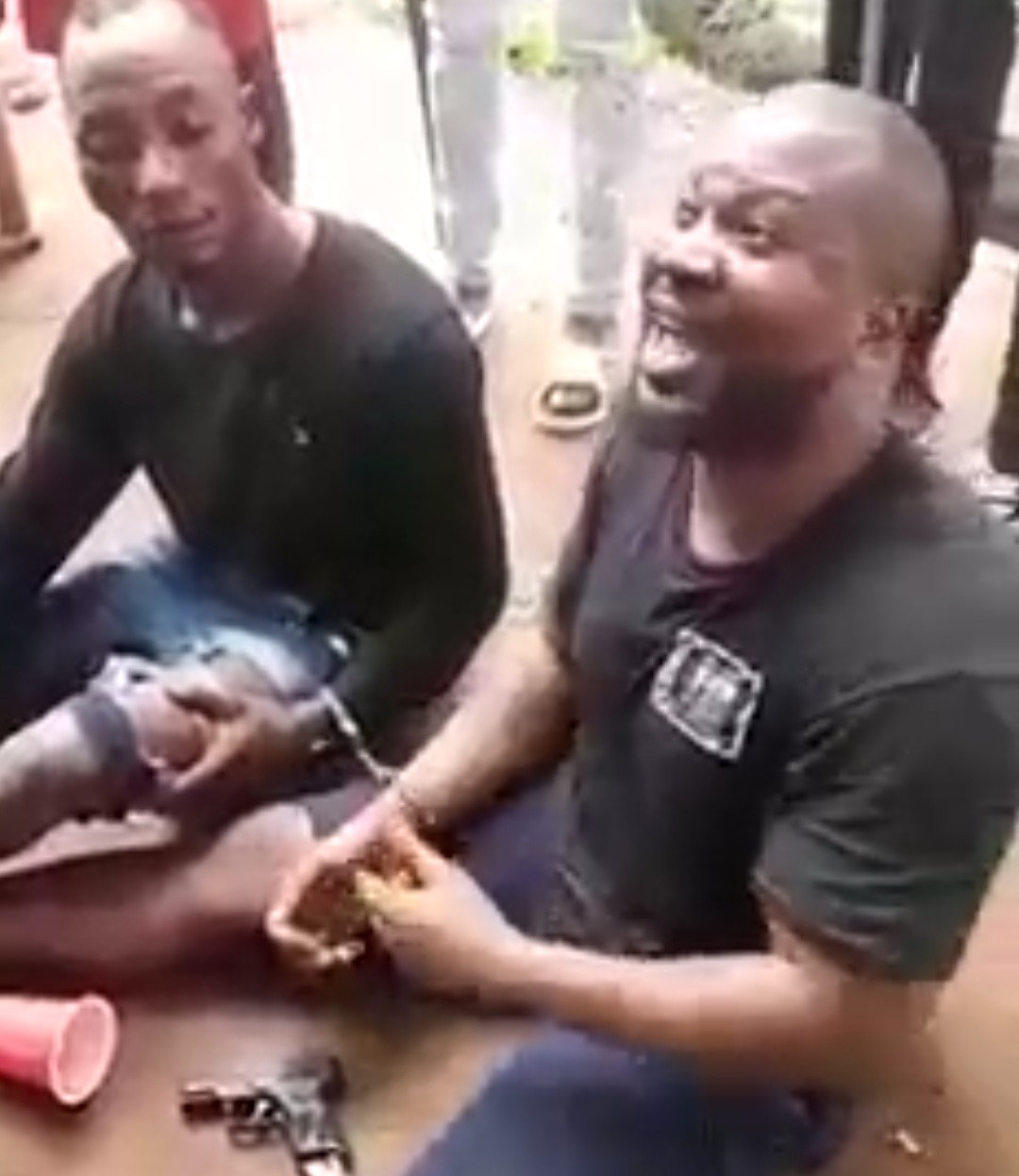 In what will come across as a really startling development, a US-based man has been arrested and paraded after he was found carrying a gun in Nigeria.

The man, named Larry Odigie, from Benin, Edo state, was arrested when he went to confront a mattress seller to ask for his money back.

Odigie was paraded alongside a second man, Victor Jacob from Benue State, whom he had sent to buy the mattress.

Odigie, said he returned to Nigeria for his sister's wedding and has been carrying the gun around for his personal protection because of the insecurity situation in Nigeria.

He explained that on the fateful day, he sent Victor Jacob to buy him a mattress. However, when Victor returned with the mattress, he was not pleased with the quality so he returned it to the store.

However, he said that when he asked for his money back - 54, 000 Naira - the mattress sellers were not forthcoming.

Odigie's demand for a refund is said to have caused a scene and attracted people who then searched him and found a gun on him.

Odigie, who said he relocated to America at the age of 9, insisted that the gun was not to harm anyone, rather it was to protect himself.

He added that he's a medical doctor in the United States.

However, the vigilante and police officer who paraded him accused him of being a criminal.

Odigie kept insisting that he's innocent and asked them to check the gun to see that it has never been fired.

Video of the arrest and parade of the US-based doctor is now making the rounds online, with people sharing opinion on the matter.