After several calls to her phone, the organisers went to her hotel where her lifeless body was discovered after the door was broken into. 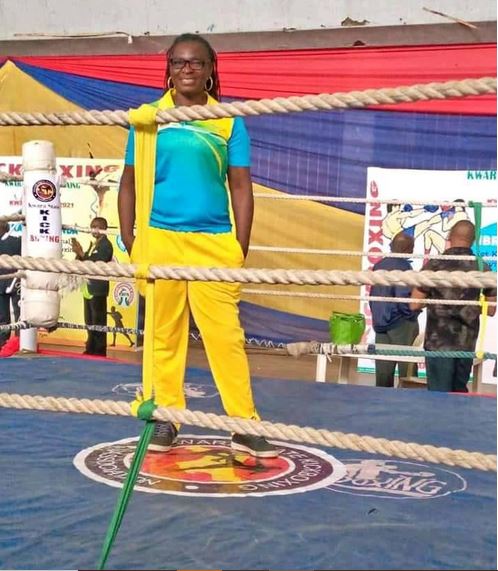 Olufunke Ogunsuyi, the Head Coach of Kickboxing Association in Ogun State is dead.

The deseased was participating in the Kwara Zonal and Invitational Kickboxing Championship organised by the State Government. She officiated in the competition and also fielded two athletes.

Ogunsuyi, who hailed from Ijebu-Ode, was a former kickboxing champion and graduate of Physical and Health Education (PHE) and Sports Psychology.

It was gathered that search for the late coach began after she failed to appear at the stadium at 12 noon when all the other officials were supposed to converge for the commencement of the final ceremony of the competition.

Several calls put to her mobile phone were not picked or returned. The organisers and other officials then went to her hotel where her lifeless body was discovered after the door was broken into.

The body was taken to the Kwara General Hospital, Ilorin, where she was finally confirmed dead, at about 4 p.m. Her remains were deposited in the mortuary, pending transfer to Ogun State.

The Director, Grassroots Sports Development at the Federal Ministry of Youth and Sports Development, Alhaji Ali Durotoye, was among top administrators that went to the general hospital where she was confirmed dead. 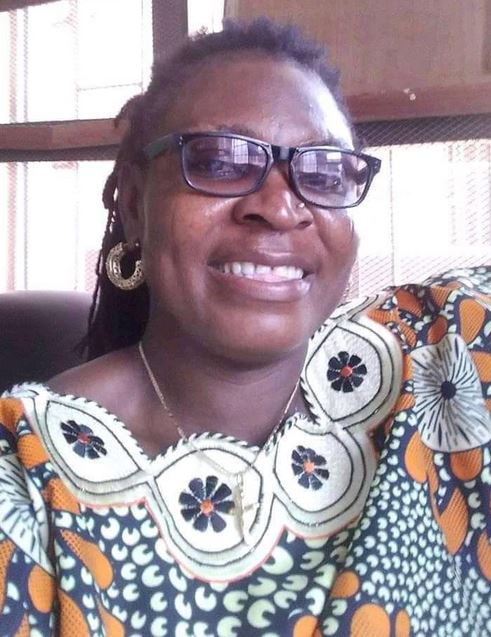 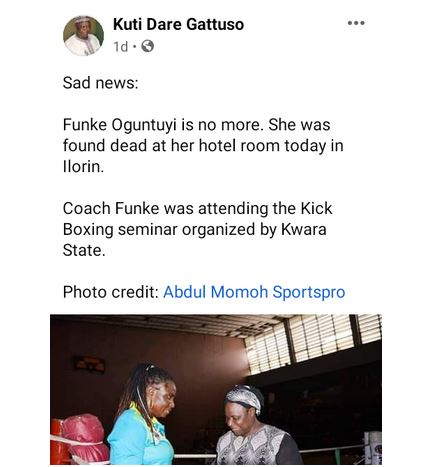