The monarch has now advocated for capital punishment on crimes such as terrorism and stealing of public funds. 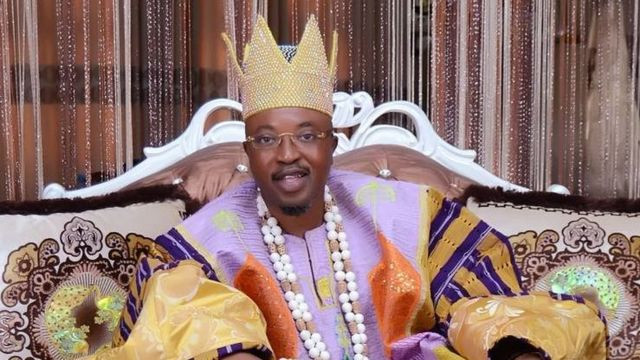 Oluwo of Iwo, Oba Abdulrasheed Akanbi
The Oluwo of Iwo, Oba Abdulrasheed Akanbi, has taken a hard stance against ritualists, terrorists and public fund looters.
The monarch has now advocated for capital punishment on such crimes.
While speaking at a book launch in Abuja on Sunday, August 1, the monarch opined that the reason why criminality is on the increase is because criminals are no longer shot openly and televised nationwide. According to him, laws against crime in Nigeria should even scare the devil.
In his words
''The reason why crime and hooliganism are common now is not because of poverty. It is because criminals are no longer shot openly at the bar beach, televised nationwide for all to see.
There is a law you use when you're developing, there is another you change to through ammendments when you are developed. For now, our penalties against crime must scare even the devil.
We must kill anyone who does human rituals, banditry or terrorism, we must make sure that public fund looters are shot at the beach. And any judge who delays justice must also be served hot justice. This society is too crime friendly''
Top Stories