Ese Brume's medal has been dedicated to Oyedepo, the general overseer of Living Faith Church Worldwide. 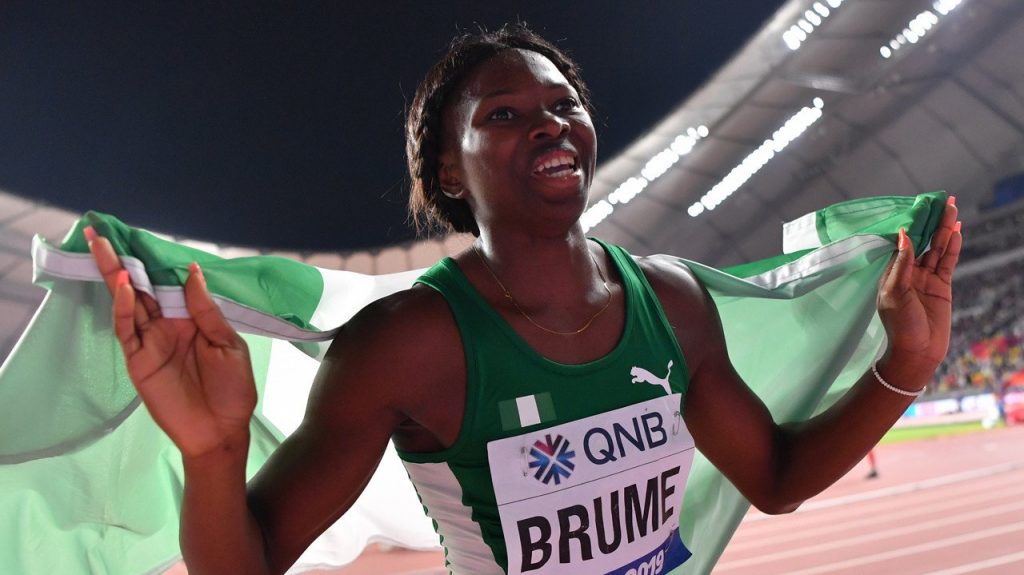 Ese Brume
Nigerian Olympic medalist at the 2020 Tokyo Olympic games, Ese Brume has dedicated her bronze medal to Bishop Davido Oyedepo.
Oyedepo is the general overseer of Living Faith Church Worldwide.
Before leaping to her first Olympic medal with a jump of 6.97m, she could be seen saying “God of David Oyedepo, I want to do this.”
Speaking after her win, she said she was dedicating her first Olympic medal to Bishop Oyedepo, her coach, Kayode Gaya, and her family.
“This medal means a lot to me. It doesn’t matter the colour. First I dedicate it to Bishop Oyedepo and I plan to decorate him with the medal later”, she said amidst sobs and wiping her tears.
“I’m super excited that I made it to the top three at the Olympics. Honestly, I can’t contend with my joy.
Brume became Nigeria’s only athlete in the jumps, following the disqualification of Ruth Usoro by the Athletics Integrity Unit (AIU).
She was also Nigeria’s only medalist at the last World Championship in Doha. Ahead of the Olympics, Brume broke Chioma Ajunwa’s long-standing record of 7.12m.
Top Stories