He surrendered alongside his second in command Usman Adamu aka Abu Darda. 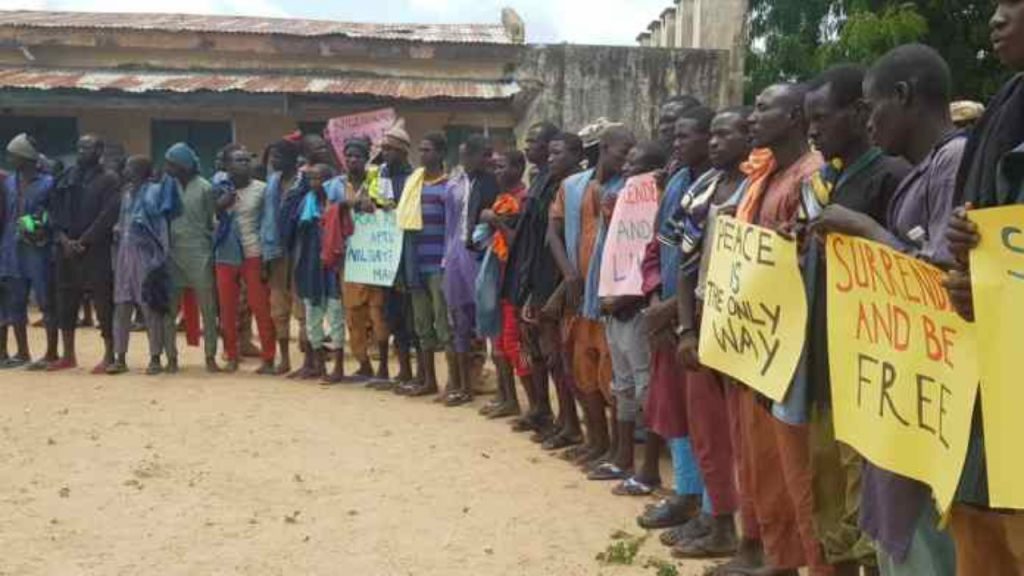 Boko Haram members who surrendered to the army
A notorious member of Boko Haram and ISWAP responsible for making bombs used in killing innocent Nigerians has surrendered to the Nigerian army.
Musa Adamu aka Mala Musa Abuja before surrendering was the chief bomb maker of Boko Haram and ISWAP.
He surrendered alongside his second in command Usman Adamu aka Abu Darda.
They surrendered their powers to Operation HADIN KAI troops in Bama Local Government Area of Borno alongside their families and followers.
The Acting General Officer Commanding (GOC) 7 Division and Commander Sector 1 OPHK Brig. Gen. Abdulwahab Eyitayo received them at Headquarters 21 Special Armoured Brigade Bama.
Eyitayo told the repentant fighters to advise their former colleagues to stop participating in terrorism, embrace peace and rehabilitation.
The General disclosed that the former insurgents will undergo a rehabilitation process at a government facility before reintegration.
The repentants insurgents received new clothes, food items, groceries and toiletries.
The ex-fighters were 335 in number, while adult women and children were 746.
Top Stories