Speaking in the video posted online, he said the drugs were discovered after his brother suggested they go through the packages. 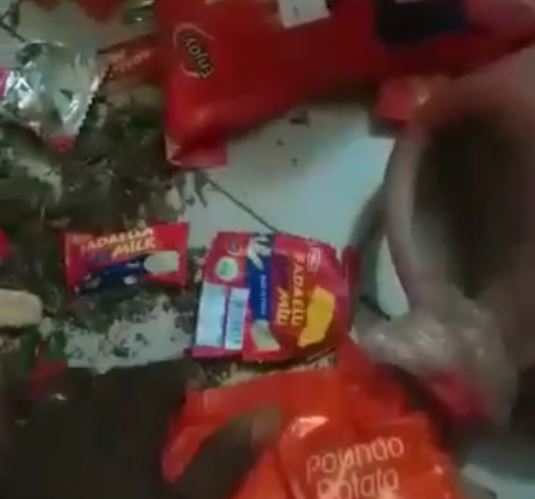 A video has surfaced online showing the moment a Dubai-bound Nigerian man uncovered Marijuana, Tramadol tablets and other illicit drugs hidden in food items he was allegedly asked to deliver to someone.

Speaking in the video posted online, the man from Oba, Anambra state, said the drugs were discovered after his brother suggested they go through the packages.

A full search of the contents revealed drugs concealed inside foodstuff including yam flour, a gallon of palm oil, dried pepper, bitterleaf, crayfish, coffee powder, seasonings, sweets, among others.

"I don't know if their plan is for me to be sentenced to life imprisonment in Dubai but my hands are clean." the man said.