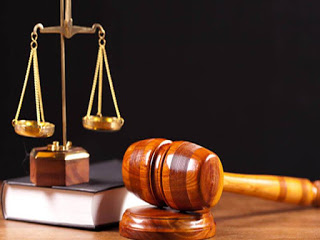 The federal government has been told that it has no right to collect income tax and VAT in Rivers State.
The decision was made by the Federal High Court sitting in Port Harcourt.
The court declared Rivers Government, not the Federal Inland Revenue Services (FIRS) should collect the Valued Added Tax (VAT) and Personal Income Tax (PIT) in the State.
The Court presided over by Justice Stephen Dalyop Pam also issued an order of perpetual injunction restraining the Federal Inland Revenue Service and the Attorney-General of the Federation, both first and second defendants in the suit, from collecting, demanding, threatening and intimidating residents of Rivers State to pay to FIRS, personnel income tax and VAT.
Justice Pam made the declaration while delivering judgement in suit No. FHC/PH/CS/149/2020, filed by the Attorney-General for Rivers State (plaintiff), against the FIRS (first defendant) and the Attorney-General of the Federation (second defendant).
The court, which granted all the eleven reliefs sought by the Rivers State Government, stated that there was no constitutional basis for the FIRS to demand for and collect VAT, Withholding Tax, Education Tax and Technology levy in Rivers State or any other state of the Federation
Pam said the constitutional powers and competence of the Federal Government was limited to taxation of incomes, profits and capital gains, which did not include VAT or any other species of sales, or levy other than those specifically mentioned in items 58 and 59 of the Exclusive Legislative List of the Constitution.
The judge dismissed the preliminary objections filed by the defendants that the court lacked the jurisdiction to hear the suit and that the case should be transferred to Court of Appeal for interpretation.
Justice Pam, who also dismissed objection raised by the defendants that the National Assembly ought to have been made a party in the suit, declared that the issues of taxes raised by the state government were the matters of law that the court was constitutionally empowered to entertain.
He declared that after a diligent review of the issues raised by the plaintiff and the defendants, the plaintiff had proven beyond doubt that it was entitled to all the eleven reliefs it sought in the suit.
The Court agreed with the Rivers State Government that it was the state and not FIRS that was constitutionally entitled to impose taxes enforceable or collectable in its territory of the nature of consumption or sales tax, VAT, education and other taxes or levies, other than the taxes and duties specifically reserved for the Federal Government by items 58 and 59 of Part 1 of the Second Schedule of the 1999 constitution as amended.
Donald Chika Denwigwe, SAN (middle) lead lawyer to Government of Rivers State and Ken C.O. Njemanze, SAN (left) briefing journalists after the Federal High Court in Port Harcourt on Monday declared FIRS collection of Value Added Tax in Rivers State unconstitutional.
Top Stories