Fabrizio Romano made the revelation on his Facebook page and also shared details about the deal. 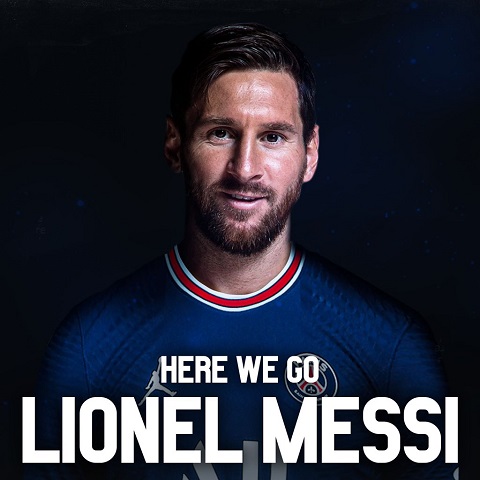 Lionel Messi
Popular Italian journalist, Fabrizio Romano has revealed that Lionel Messi has signed a 2-year contract with Paris Saint-Germain.
He made the revelation on his Facebook page and wrote:
Lionel Messi has reached a total agreement to join Paris Saint-Germain as free agent, here we go! 🇦🇷🇫🇷
- Paris Saint-Germain will announce soon the signing of Leo Messi, agreement reached until June 2023 plus option to extend the contract until 2024.
- Messi will receive €25m net per season as guaranteed salary plus add ons. Potential total salary around €35m per season. 🇦🇷
- PSG have been the only club to contact Leo and Jorge Messi directly, not using any intermediary. Talks have been opened last Thursday, just after Barcelona official statement.
- Messi turned down PSG and Man City bids in April as he only wanted to stay at Barcelona. Now PSG were trying again and Leo accepted after leaving Barça because of La Liga rules.
- Messi will be unveiled in the next hours as new PSG player. Neymar was pushing to have his friend Leo in Paris, Nasser Al Khelaifi and Leonardo have been working on the deal in the last 5 days no stop.
See post below:
Top Stories