Tina, in a video shared online, said she left her husband of 11 years after the horrendous torture and inhumane treatment she was subjected to, stating that she had the right to remarry. 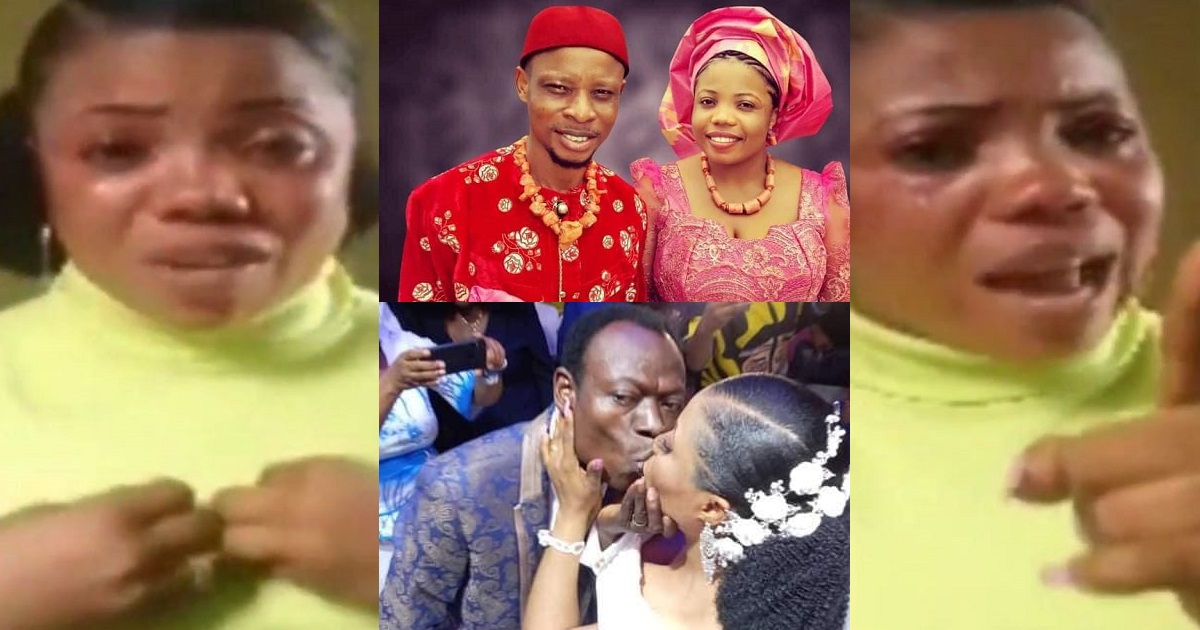 Tina Bright nee Everest, the woman who was accused of leaving her husband, Bright Ben, to marry her pastor, the General Overseer of World Bank Assembly, Pastor Moses Adeeyo, has explained the reasons behind her actions.

Tina, in a video shared online, said she left her husband of 11 years after the horrendous torture and inhumane treatment she was subjected to, stating that she had the right to remarry.

She said, “I have the right to marry whoever I want to, if I have found love with anybody, it is my life, not any other person's life. Leave Pastor Moses Adeeyo out of this. He is innocent; tell Bright to come and face me. I have records of his threats, I didn't want to talk but he has pushed me to the wall. He is trying to make me go viral as a bad woman.”

According to her, Bright did not only beat her, but he never took responsibility for her upkeep for the many years of the marriage.
She said she separated from her husband several months before she eventually met Pastor Adeeyo who she claimed had now brought her joy.

Tina, in the video, tried to exonerate Adeeyo from all the blames as she advised other women who were being maltreated in their marriages to leave for their safety.

”We later moved to the house where we are living now; feeding is a problem in the house. Ask Bright if he has ever given me money for upkeep since I married him 11 years ago, even if it is N5,000. Go and ask Bright if he has done anything but I don't complain; it's normal. He may not have it, I kept living my life, surviving but that didn't stop there.

“This same Bright, after one year, I returned to him where he took me to a church he wanted to be attending and asked me to leave my church. During the Pandemic, he said I shouldn't go anywhere. He said men were chasing me and I was chasing men.

“He looked at me one morning and said there was no marriage between us, that I was just in his house wasting his time; that I was a smelly thing. He chased me out of our room, he said he would make my life miserable.

“Bright, you came on social media to tarnish an innocent man's image. You've done your worst, you want to get fame. You are bent on destroying me but let me tell you, this is my rising moment. You have said, over your dead body will you see me standing right and fulfilling my destiny, you threw me in the garbage but the seed you threw in the garbage find a means of growing and becoming something.

SaharaReporters had on Tuesday reported that Ben Bright in a social media post accused his pastor of “snatching” his wife.

He had stated that he came across photographs of the pastor and his wife of 11 years now married after he and his wife had some issues and had gone to the pastor for some assistance.