Horror! Young Man Shot Dead By Gunman In His Apartment While He Was Livestreaming On Facebook (Video)


The Dominic Republican native immediately gets up from his couch and runs to another side of the apartment before he trips and falls. 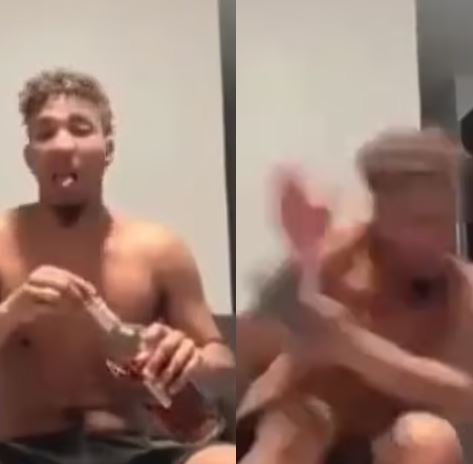 In what will come across as a really shocking development, a young man was shot dead by a masked gunman who barged into his home in Puerto Rico while he was streaming live on Facebook.

Julio César Castillo, 24, was live streaming himself on Facebook as he sat in his living room, singing and drinking at 7:13pm on Monday. August 9. Sometime during the Facebook Live, a man shoots at him five times while his Facebook friends watched helplessly.

The Dominic Republican native immediately gets up from his couch and runs to another side of the apartment before he trips and falls.

The shooter then comes into the view of the camera and fires more shots before he reloads after running out of ammunition.

A 17-year-old who was in the apartment at the time of the shooting is seen running towards a room before he gets shot too.

Footage shows Castillo crawling on the ground with gunshot wounds when the killer walks over and continues to fire at him before fleeing.

Castillo was rushed to the Puerto Rico Medical Center in San Juan, where he was pronounced dead at 7:05am Tuesday, August 10.

The 17-year-old who was also hit was taken to the hospital and is expected to make a full recovery.

The killer remained on the run as of Wednesday afternoon, August 11.