Nigerian Man, Two Others Arrested With 335 Grams Of Illicit Drug Worth N37m In India (video)


The police claimed to have cracked the supply chain of local peddlers and the Nigerian national, and are further trying to establish the other links and supply chain. 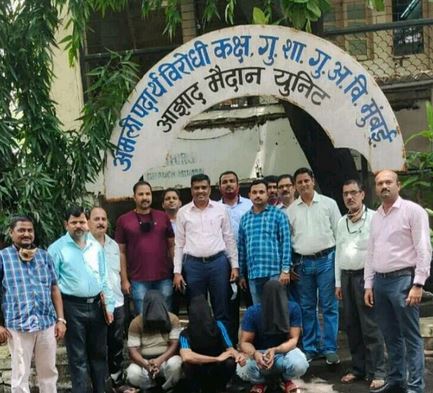 A Nigerian man alongside two others has been arrested by the Anti-Narcotic Cell of the Mumbai crime branch with 335 grams of mephedrone valued at Rs 67 lakh.

The police claimed to have cracked the supply chain of local peddlers and the Nigerian national, and are further trying to establish the other links and supply chain.

The police said officials from Azad Maidan Unit of ANC received information about a man coming for a deal at lane number 7, Kamathipura in Mumbai.

In the wee hours of Wednesday, August 11, the team laid a trap and arrested Mohammed Asim Alam 36, with possession of 253 grams of MD.

"On further questioning to establish the link, Alam revealed that he took the drugs from Pradeep Atmaram Gaikwad, 38. Alam is going to meet Gaikwad to give the balance cash over the deal. Accordingly a trap was laid and Gaikwad came to take the cash near Deccan road, lane number 14, Kamathipura. Gaikwad was arrested with possession of 2 grams of MD," said a police officer from ANC.

The ANC sleuths further questioned both the accused to know the main supply chain and found to be an Nigerian national from Navi Mumbai.

A trap was laid and Imnel Tocheque Umeha 40 was arrested from sector 20 in Kharghar, with 80 grams of MD.

"Our team has arrested three people including a Nigerian who used to supply the drugs to these local peddlers, who further were distributing or supplying in the market. The team totally recovered 335 grams of mephedrone worth Rs 67 lakhs," said Datta Nalawade, Deputy Commissioner of Police, ANC.

A case has been registered by the Azad Maiden unit of Anti-Narcotic Cell under sections of the Narcotic Drugs and Psychotropic Substance Act, 1985.