BBNaija: Angel Is Not My Type, Says Kayvee


According to Kayvee, he doesn’t see Angel as his type of girl because he feels that she is being strategic in her conversations with her. 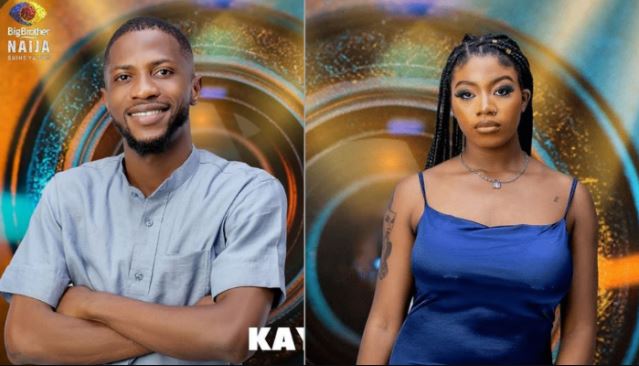 ﻿Kayvee, a ﻿Big Brother Naija Shine Ya Eye housemate, has revealed that Angel is not his type because he doesn’t find her attractive, during a Diary session on Friday, day 20 of the show.

According to Kayvee, he doesn’t see Angel as his type of girl because he feels that she is being strategic in her conversations with her.

Kayvee said, “Angel fancies guys going all out and going after her all the time because she is attractive.

“If I had had like Maria’s body and Angel’s spirit in one person, I might go all out for the person. I might not even go all out, I’ll fancy her but maybe outside the house.

One of the latest housemates in the Shine Ya Eye season, Kayvee has been closely associated with Angel from his very first day on the show.

The Sunday night he came into the show, Kayvee shared a kiss with Angel, an act that led to a nasty fight between Angel and her love interest in the house, Sammie.

Following the quarrel, it appears that the “Samgel ship” has sunk as Sammie and Angel were no more in talking terms and Angel appeared to hang out more with Kayvee.