A priest caught on tape kissing students might have landed himself in trouble after the video went viral. 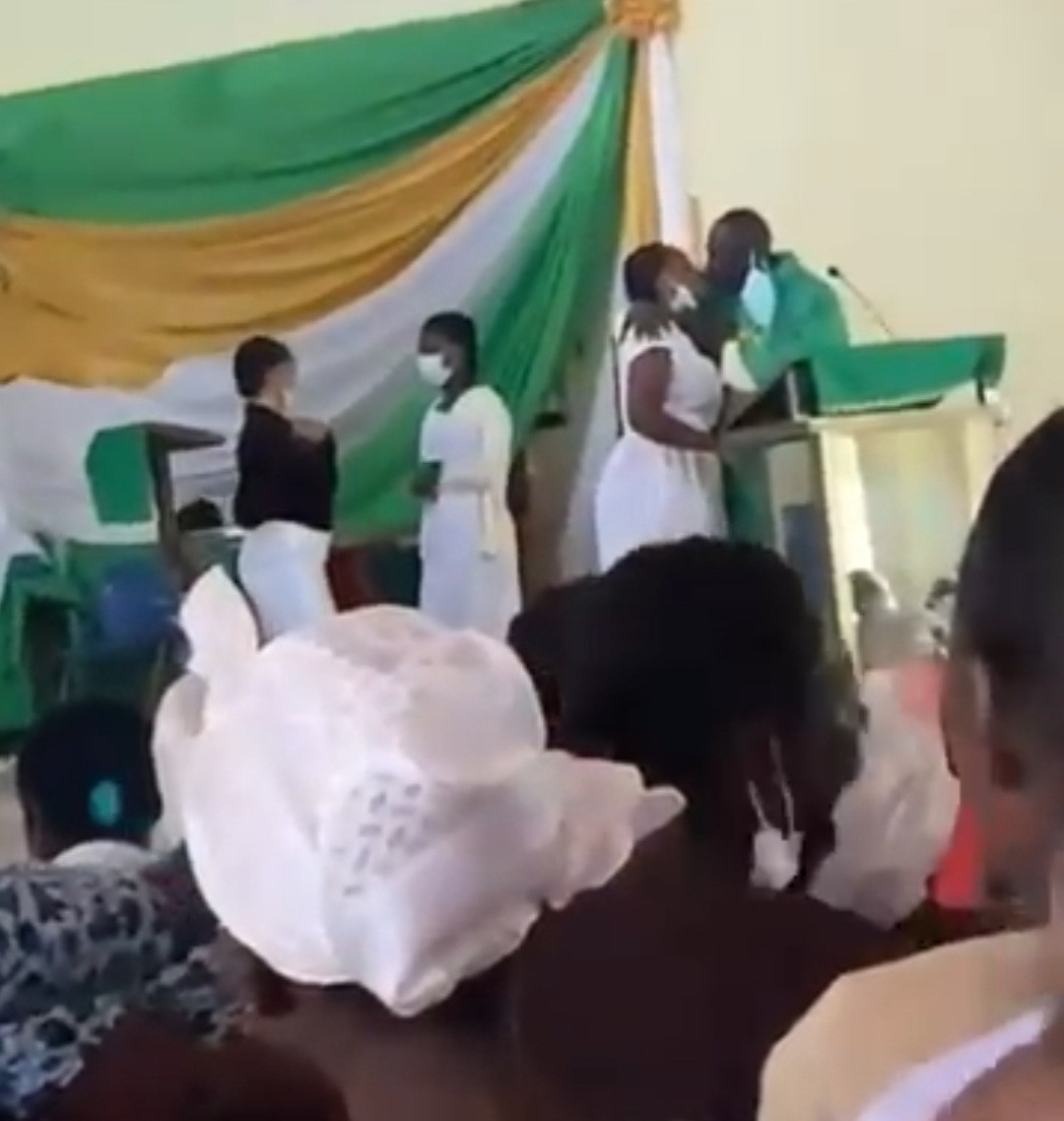 Priest kissing students
The Internal Province of Ghana Anglican Communion has condemned a priest after he was caught on tape kissing students.
The incident happened at St Monica’s College of Education, Ghana.
The church said investigation into the matter is ongoing.
This was made known in a statement by the Executive Director to the Metropolitan Archbishop of Ghana, George Dawson-Ahmoah, on Tuesday.
According to him, the said priest, Rev. Fr Balthazar Obeng Larbi, if found culpable would be dealt with as stipulated in the norms and values of the Anglican Communion.
“The Church is saddened by the news and wishes to state expressly that, a thorough investigation has immediately been instituted into the matter and the action of the said Priest would be dealt with in accordance with the norms and values of the Anglican Communion where morality is extremely revered in the Church,” Dawson-Ahmoah stated.
A viral video that showed a chaplain kissing three female students had got many social media users upset.
The video showed Rev Larbi of the St. Monica’s College of Education, fully dressed in his cassock, kissing some girls who were on stage with him, in turns.
The first two kisses got the congregants screaming with excitement. However, the third female student could be seen hesitating to give in to the priest’s gesture but was forced in the end.
Thus, many are calling for investigations into the matter and a statement from the school authorities apologised for the action.
Meanwhile, Dr Dawson-Ahmoah said the Anglican Communion would engage the students concerned through counselling sessions to avert any psychological issues that may arise.
“All further clarifications on this matter should be addressed to the undersigned on 0244 351338,” he added.
Watch video below:
Top Stories