The women and children were attacked with whips and sticks as they try to pass Taliban checkpoints. 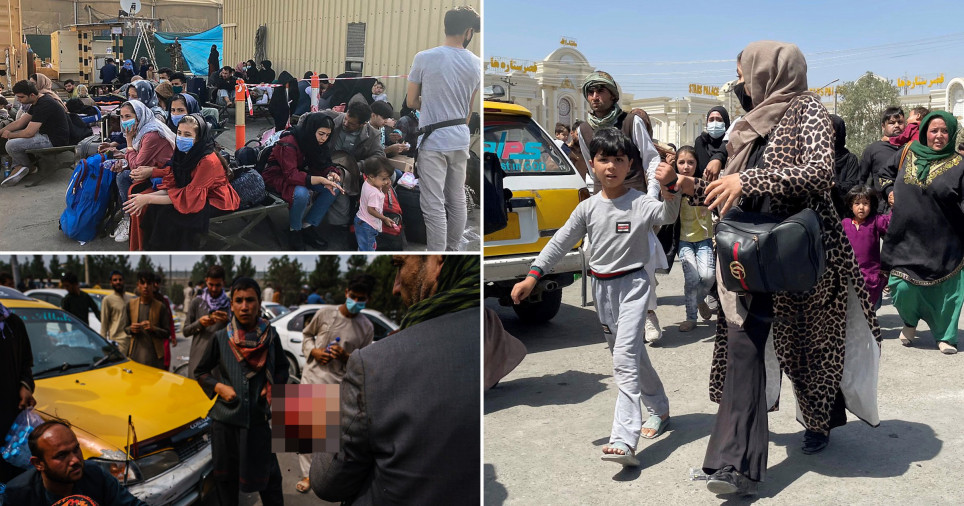 Children and women were whipped by the Taliban
Fighters belonging to the Taliban have been seen whipping and beating women and children attempting to flee the country at the Kabul airport.
According to a report by Metro UK, the women and children were attacked with whips and sticks as they try to pass Taliban checkpoints.
The Islamist militant group now controls all of the country’s land borders, so the only way out for people is Kabul airport.
Despite reassurances from the Taliban that anyone who wants to leave will be granted ‘safe passage’, Afghans on the ground say they’ve been subjected to brutal violence.
Harrowing footage shows women reaching their hands through iron railings towards US troops, with one girl crying: ‘Taliban are coming for me.’
Pictures have emerged of men trying to help wounded women off the ground and carrying bloodied children on their way to the airport.
Taliban militants have also been using gunfire and sharp objects to subdue the crowd of thousands of people.
US troops have secured the airfield and are aiming to evacuate up to 9,000 passengers before August 31, the deadline set by President Joe Biden for military withdrawal.
The first RAF plane carrying Afghan evacuees landed safely in the UK last night after the Government pledged to take 20,000 refugees from the country in the coming years and 5,000 in the short term. 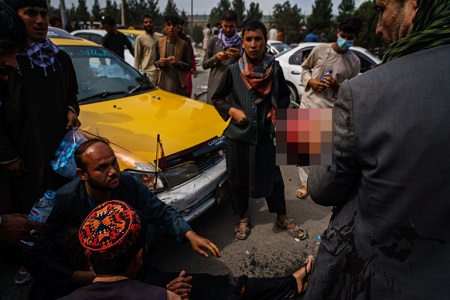 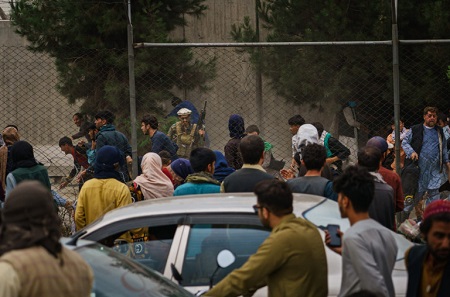