Diri averred that his state which has only eight LGAs and more square kilometres than several states in the country, is being shortchanged with the current sharing formula. 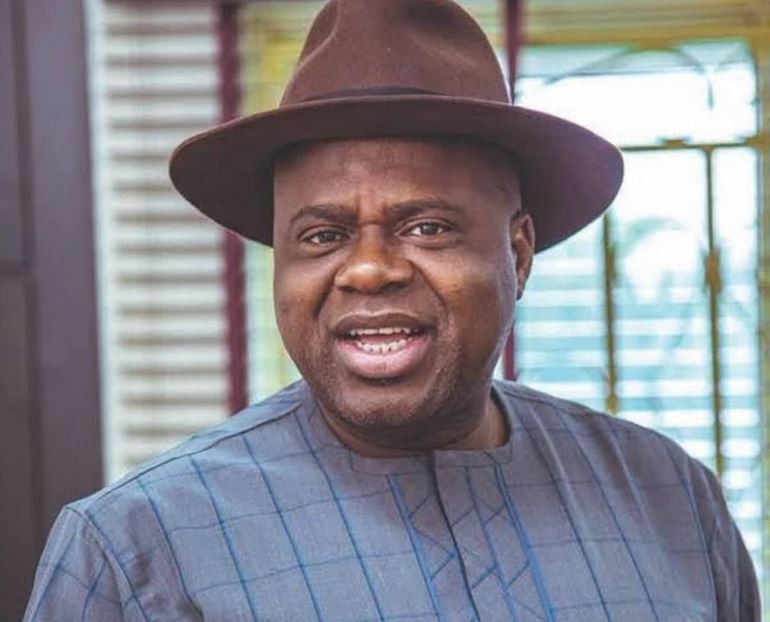 According to Governor Duoye Diri, the use of local government areas as basis for sharing revenues in the country does not promote equity.

The Governor who was represented by his Deputy, Lawrence Ewhrudjakpo at a sensitisation programme on the review of the existing revenue allocation formula organized by the Revenue Mobilisation Allocation and Fiscal Commission (RMAFC) in Yenagoa, the state capital on Thursday August 19, said the current formula gives 52.68 percent to the federal government, the 36 states share 26.72 percent, while 20.6 percent goes to the 774 LGAs.

Noting that Bayelsa has about 11,000 square kilometers and some of its LGAs like Southern Ijaw are bigger than five or more council areas in some states, Diri averred that his state which has only eight LGAs and more square kilometers than several states in the country, is being shortchanged with the current sharing formula.

“We believe that some of the indicators, you are using to share revenues currently do not promote equity and fairness in this country and therefore not acceptable to us.

“For instance, we do not agree that you should continue to use local government areas as a basis for sharing revenues. It is faulty because the creation of local governments was not done scientifically.

“It was purely political and a case of who was holding the knife and the yam at the time of creating them. And so, those who had the knife cut more to themselves.”

The Bayelsa state Governor who also faulted the decision of the commission to allocate revenues accruing from the disputed Soku oil wells to Rivers state even though the case is yet to be finally determined, stressed that the funds ought to be placed in an escrow account pending the final determination of the disputed case.

“It is unfair that for a judgment that we are still contesting in court, RMAFC is in a hurry to allocate revenues coming from the Soku oil wells to Rivers.

“We ordinarily had expected that that money would have been kept in an escrow account pending when the case is finally determined.

“We know that Rivers state has a lot of resources and connections, but our take is that the right thing should be done.

“I say so because this oil dispute we are talking about, RMAFC itself had taken a decision on it several years ago. So, we expect the commission to stand by that decision.”