Smith made this revelation in Brooklyn federal court on Friday, which marked the third of trail for 54-year-old R.Kelly on grounds of sex crimes. 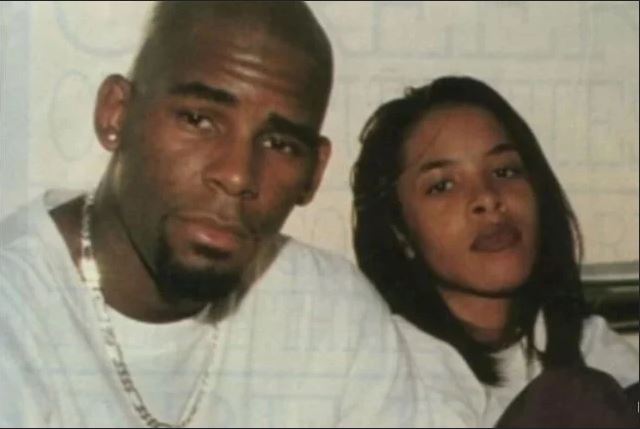 Demetrius Smith, a former tour manager of RnB legend, R.Kelly, has revealed that the R&B singer got married to the late pop star Aaliyah at 15 because he believed it when she alleged pregnancy.

Smith made this revelation in Brooklyn federal court on Friday, which marked the third of trail for 54-year-old R.Kelly on grounds of sex crimes.

During his testimony, Smith stated that the marriage was also part of a bid for R.Kelly to avoid going to jail at that time, New York Post reported.

According to the tour manager who worked with the singer in the 90s, Kelly married his underage girlfriend in order to “protect himself, to protect Aaliyah” after the pregnancy speculation.

The former tour manager said that R.Kelly told him in 1994 at a concert in Orlando, that “Aaliyah is in trouble” and they need to go back home.
“Aaliyah, man, she thinks she’s pregnant,” Smite quoted R.Kelly to have said before coming back to Chicago from the tour.

Smith revealed that the duo got married in a hotel by a minister as he also admitted to paying $500 to a public employee to get Aaliyah a fake ID.

The ID claimed that Aaliyah was 18 years old so that the wedding could take place with 27-year-old R.Kelly at that time.

In the early part of the trial, Smith had stated that R.Kelly wrote most of the songs in Aaliyah’s first album titled Age Ain’t Nothing but a Number.