Malam Aliyu Babba, talks to MAIHARAJI ALTINE about the circumstances that led to his cousin’s death 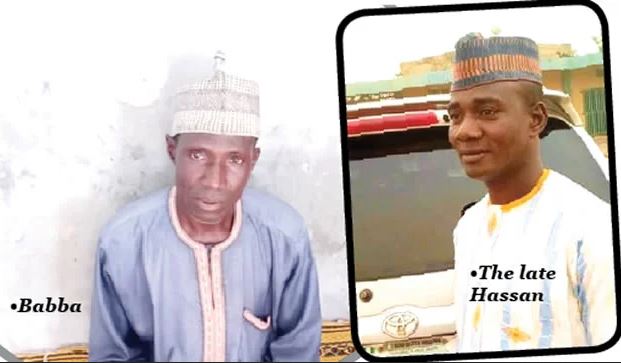 Tukur Hassan, the councillor representing Sankalawa Ward in the Bungudu Local Government Area of Zamfara State, was murdered in his residence on August 12, 2021, by unknown gunmen.

The village head of Sabon Gida village and one of his uncles, Malam Aliyu Babba, talks to MAIHARAJI ALTINE about the circumstances that led to his cousin’s death

My name is Aliyu Babba.

What is your relationship with the late Tukur Hassan?

I am his father’s younger brother and I am also the village head of Sabon Gida where the late councillor hailed from.

Can you shed light on what led to his death?

The late Tukur Hassan went to Damba village last Thursday (August 12, 2021) to buy something and when he was coming back home, some gunmen followed him without his knowledge. So, as he entered his house, he had his dinner and began to perform the night prayers when the gunmen suddenly broke into his parlour, killed him and left.

Did they take anything or kidnap any member of his family?

They didn’t take anything in the house and also didn’t abduct anybody. I think their main target was just to kill him because his wives and children came out of their rooms when they heard the gunshots and the gunmen just left the house after killing him without taking anything.

This shows that they were only after his life.

Their mission was only to terminate his life because if they were bandits as we used to see or hear, they would have abducted his wives or children and asked for ransom.

Did he have any misunderstanding with anyone?

I can’t say whether he had a misunderstanding with anybody within our locality or outside because he was a man of the people. When he was alive, his house was always filled with friends and political associates. You would have noticed that if you were here when he was alive.

Do you think his death was politically motivated, considering the number of people that used to come to his house during his lifetime?

Similarly, he enjoyed many privileges from the government both at the state and at the local government level. Maybe some people were not happy with that. Whatever is the case, he has gone forever and left a vacuum difficult to fill, considering the number of people he assisted and the developmental projects he brought to his constituency during his lifetime.

What were his plans before he was killed?

Well, as a politician from the grassroots, I think he planned to move forward from a councillorship position to be a local government chairman and he had all the potential to be in that position.

How many wives and children did he leave behind?

He left two wives and six children. Two males and four females. His father and mother died some years ago. His father, as I told you, was my elder brother.

We are appealing to the state government, under the able leadership of Governor Bello Matawalle, to try as much as possible to trace the killers of the late Hassan and bring them to book. Secondly, we are appealing to the state government to consider appointing any member of our family as a councillor for Sankalawa Ward to replace late Tukur Hassan so that we will have some relief.