The Governor asked the Federal Government to deploy drones and missiles against bandits. 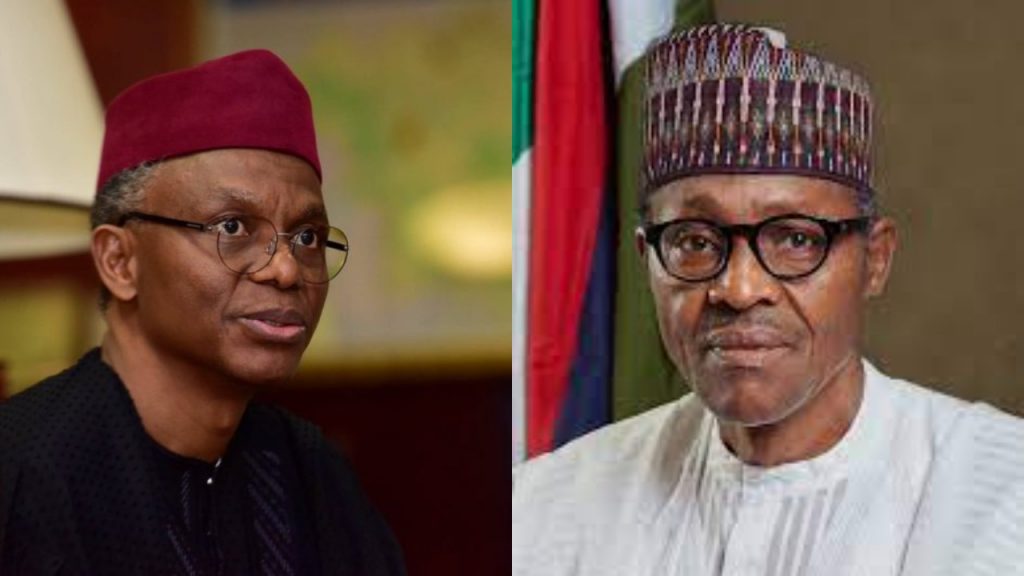 El-Rufai and Muhammadu Buhari
Governor Nasir El-Rufai of Kaduna State has told President Muhammadu Buhari the secret formula to ending banditry in the north.
The Governor asked the Federal Government to deploy drones and missiles against bandits.
El-Rufai said the Federal Government should furnish troops with more sophisticated weapons against bandits.
Speaking in Abuja, the Governor said the Federal government should deploy a combination of air and ground forces against bandits in the North.
According to El-Rufai: “I think the security agencies also need more advanced technology. The Air force needs more drones.
“Drones are much cheaper than planes, and there are drones now that can carry missiles.
“But drones can be more targeted, more selective and quiet. And drones can also fly in circumstances that airplanes cannot due to bad weather.
“We need the combination of airpower, and we need troops on the ground augmented by local expertise and knowledge. We need just one, two, three months of operation just to kill all these bandits.
“It’s the only way to stop this. So the only option that we have is to ensure that we kill them all.”
Top Stories