The Nigerians pleaded guilty on the eve of trial to federal charges related to schemes to defraud financial institutions. 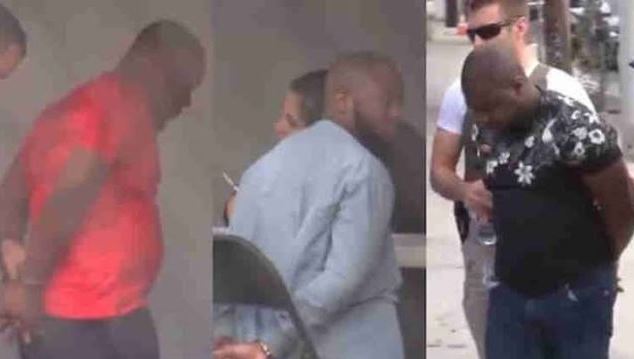 According to a statement on Wednesday by the Federal Court in Maryland, Johnson Ogunlana, 25, of Maryland; and Samson Oguntuyi, 29, of Georgia, “pleaded guilty on the eve of trial to federal charges related to schemes to defraud financial institutions, retail establishments and other business victims, often using the stolen personal information of individual victims”.

The statement was titled, ‘Two Nigerian Nationals Plead Guilty in Federal Court in Maryland for Bank and Mail Fraud Conspiracy and Related Charges Just Prior to Trial’.

The statement noted that the guilty pleas were announced by Acting United States Attorney for the District of Maryland Jonathan Lenzner; Special Agent in Charge Imari Niles of the US Postal Service, Office of Inspector General; and Postal Inspector in Charge Daniel A. Adame of the U.S. Postal Inspection Service – Washington Division.

According to their plea agreements, Ogunlana was a letter carrier for the US Postal Service in Brooklyn, Maryland.

“Ogunlana and Oguntuyi acknowledged that between July 25, 2016 and February 5, 2019, they conspired together and with others to steal bank checks and credit and debit cards from the mail, open fraudulent business banking accounts using the names of victim businesses and the stolen identities of victim postal customers to negotiate the stolen checks by depositing them into the fraudulent bank accounts, and then conduct transactions with stolen payment cards and with money derived from the stolen checks,” the statement partly read.

“Ogunlana and others used stolen payment cards issued to identity theft victims to pay fees to register some of the fraudulent businesses. Ogunlana also stole checks payable to victim businesses, whose mail was serviced out of the USPS facility where Ogunlana worked, by intercepting their mail.

“Oguntuyi and Ogunlana then endorsed some of the checks by forging the signatures of identity theft victims and deposited the checks into the fraudulent business bank accounts the conspirators opened in the names of the victim businesses.

“The conspirators then withdrew the money from the accounts through cash withdrawals, debit card purchases and cashback transactions at retail merchants, wire transfers, and by writing checks drawn on the accounts.

“As detailed in their plea agreements, at least $565,000 was stolen from two victim businesses and at least eight postal customers were victims of identity theft,” it added.

A federal district court judge will determine any sentence after taking into account the U.S. Sentencing Guidelines and other statutory factors. U.S. District Judge Catherine Blake has not yet scheduled sentencing for the defendants.