The court had earlier given Abdullahi Malammadori 30 days to marry off the women but he refused to obey the court order. 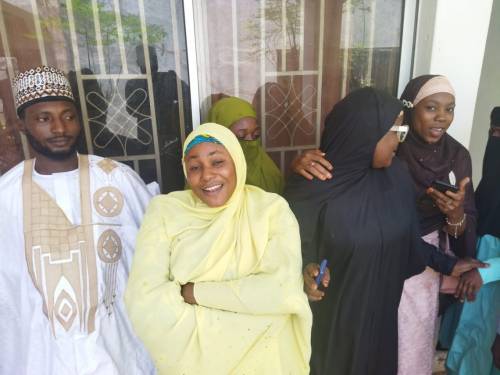 According to a report by SaharaReporters, an upper Sharia Court in the Hadejia Local Government Area of Jigawa State on Thursday married off two sisters whose father, Abdullahi Malammadori, had reportedly refused to give out in marriage.

The court had earlier given Abdullahi Malammadori 30 days to marry off the women but he refused to obey the court order.

The court therefore ordered the state Hisbah board to arrange their marriage.

The Head of Hadejia Women Foundation for Orphans and Vulnerable Children, Fatima Kailanini, had sued Malammadori for refusing to give out Khadijat and Hafsat Abdullahi who had presented to him their suitors.

Kailanini said her organisation engaged Malammadori on several occasions on the need to agree to his children’s demand for marriage but he remained adamant in his refusal.

She said apart from rejecting their preferred suitors, Malammadori also refused to provide alternative suitors for the women, despite the two being above 30 years of age.

The state’s Hisbah Commander, Ibrahim Dahiru, who gave out the women in marriage, said the grooms presented N50,000 dowry for each for the women.

Dahiru said the court and Hisbah intervened to save the women from their father’s excesses. The official then pleaded with the couples to ensure that they give their father respect despite the disagreement.

The women were married off to Sadiq Abdulruf and Abubakar Yusuf at a ceremony which took place at the Hisbah office in Dutse, Jigawa State.