The suspects who were on the verge of collecting ransom from the family of their victim were arrested by the security agency. 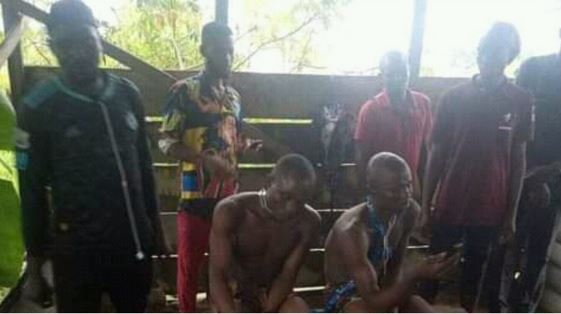 Two suspected kidnappers who attempted to collect ransom for the abduction of a bakery owner have been apprehended by The Vigilante in Tuomo Community in Burutu Local Government Area of Delta State.

At the time of filing this report, the suspects identified as Ademo and Magidi were still being interrogated by the vigilante.

When contacted for comments, the Delta State Acting Police Public Relations Officer, DSP Bright Edafe in a telephone chat with Dailypost in Warri said he was not aware of the incident

He, however, promised to revert with a confirmation, as soon as the matter is reported to the command.