They were kidnapped by gunmen on Monday night hours after abducting family members of lawmakers in the Katsina State House Assembly. 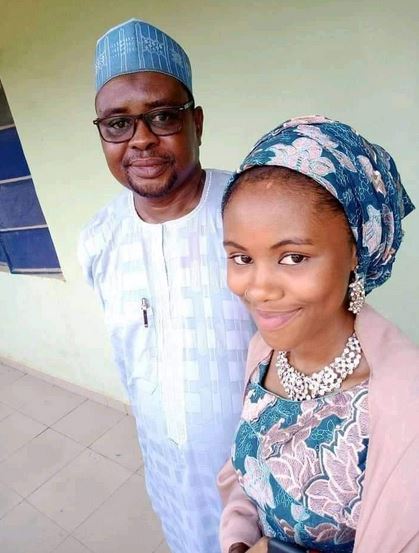 Ahmed Abdulkadir and his daughter, Laila

A retired NBC director, Ahmed Abdulkadir and his 15-year-old daughter, Laila have been abducted as bandits invaded Bakori Housing Units.

Daily Trust reports that three other residents were abducted by the bandits who carried AK 47 rifles.

The vigilantes in the area pursued the assailants and intercepted them in Danja Local Government Area.

After a gun duel, three male victims were freed but Abdulkadir and his daughter were not that lucky.

Their whereabouts remain unknown and no demand for ransom yet. The Police have taken over the case. 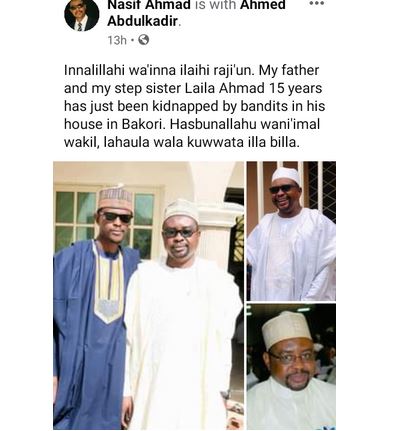