In the audio, Tonto was alleged to have cheated after going to a man's hotel. 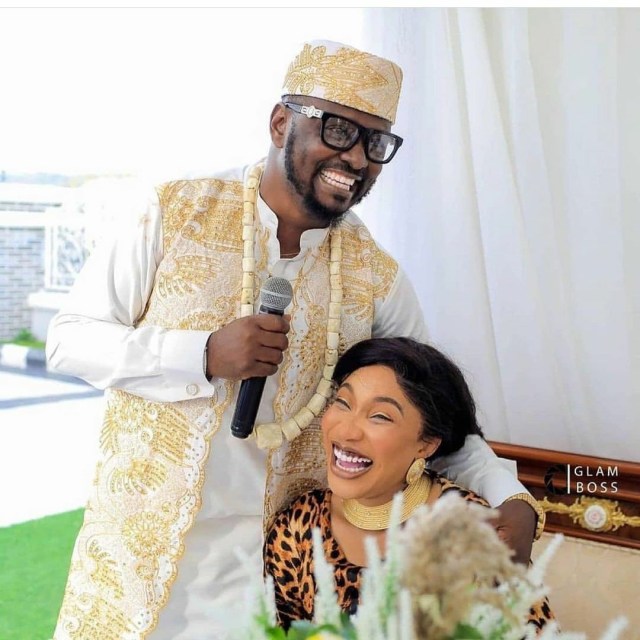 Kpokpogri and Tonto
Prince Kpokpogri has finally reacted to a leaked audio of his ex-lover, Tonto Dikeh begging him.
In the audio, Tonto was alleged to have cheated after going to a man's hotel. She even threatened to commit suicide and asked him to take care of her son.
She also begged Kpokpogri never to allow Churchill come close to her son if she eventually kills herself.
Reacting on his Instagram page, Kpokpogri said:
“I don’t have much to say about the tape I know how dramatic you are more than others…”
He also claimed that Tonto knows who leaked the audio.
See post below: 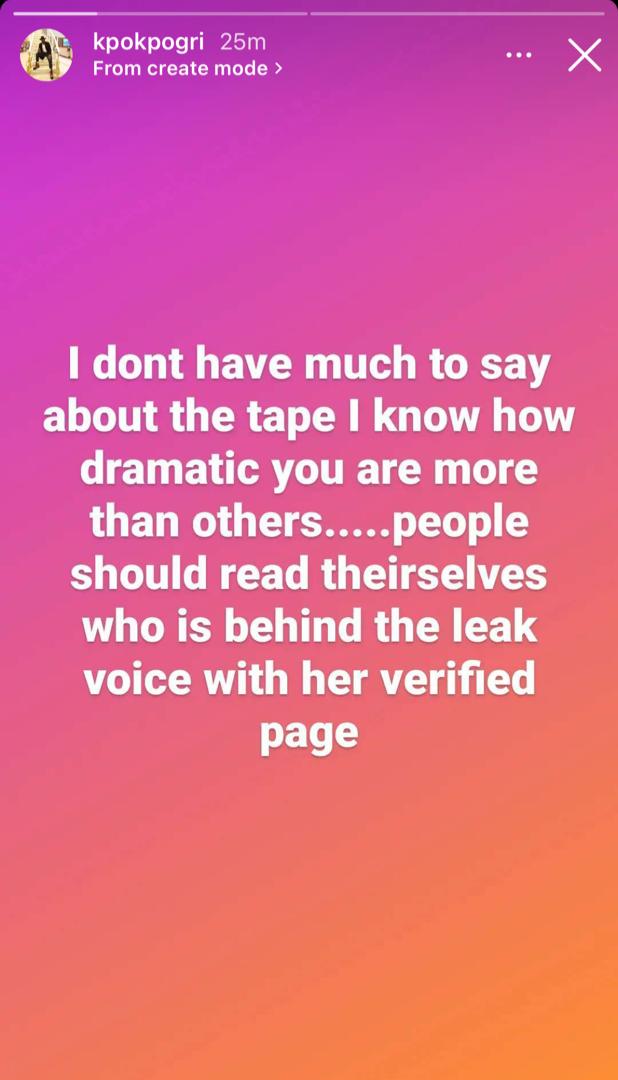 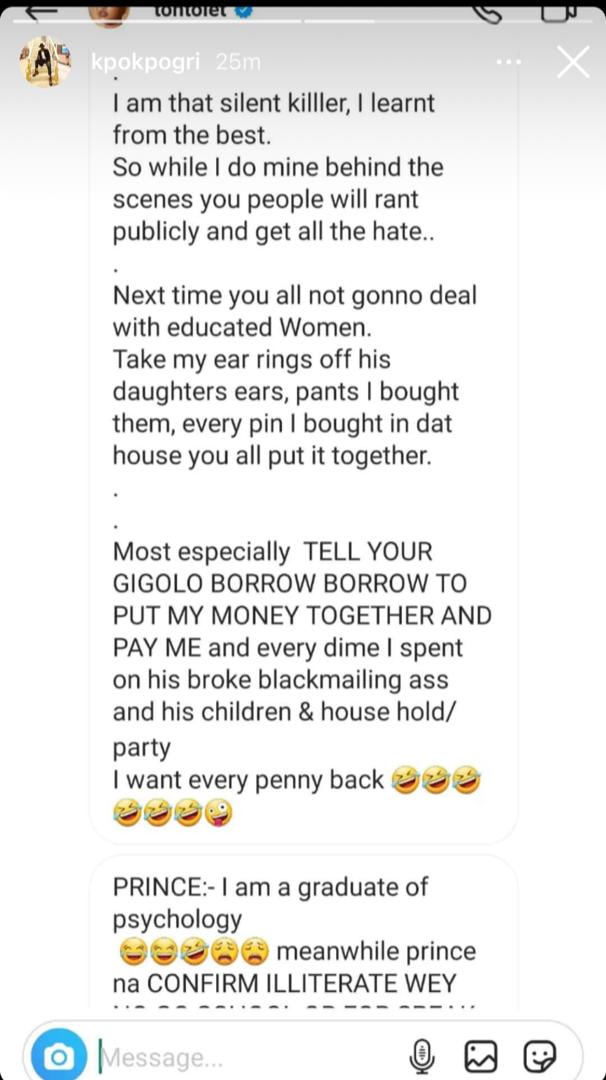