“Her Only Crime Was to Want to be Loved” – Actress, Nkechi Blessing Consoles Tonto Dikeh Over Messy Breakup 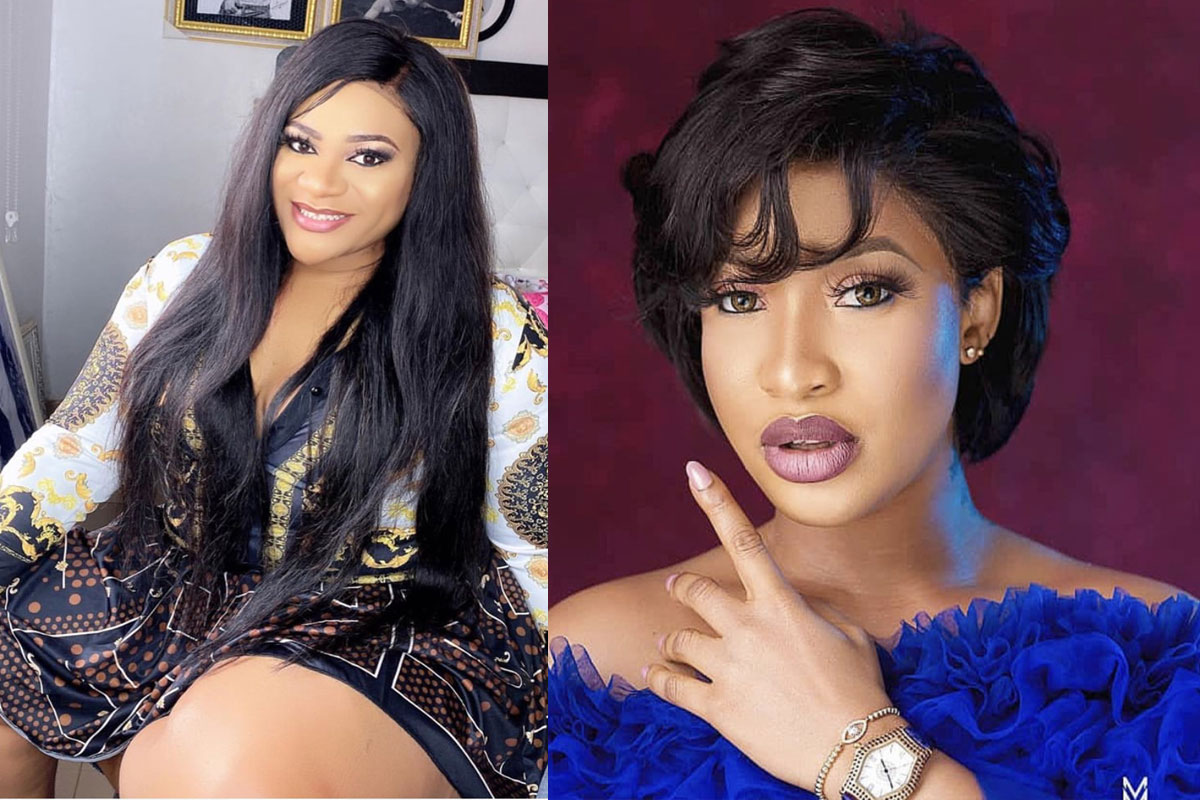 Nkechi and Tonto
Nollywood actress, Nkechi Blessing Sunday has sent a message to Tonto Dikeh after she was caught up in another relationship palaver.
Recall that few months ago, friends rejoiced with her after she revealed that she has found love in the arms of Prince Kpokpogri.
This is as her marriage with popular Nigerian businessman, Olakunle Churchill ended in a most painful manner.
However, just two months later the two have parted ways and ever since their breakup they have called each other out on social media.
Tonto Dikeh’s ex-boyfriend, Kpokpogri in a social media post alleged that she cheated on him while they were together and even went as far as tagging her estranged husband, Churchill on the post.
He also allegedly released audio recording of their private conversation where she said vile things about her ex-husband, Olakunle Churchill, although Tonto has reacted to the recording saying it’s in her past.
Amid the drama Nkechi Blessing who is a good friend of Tonto Dikeh, assured her of her support regardless of what she is going through.
Sharing a photo of Tonto on her official Instagram page, Nkechi Blessing wrote, “Her only Crime was to want to be loved as hard as she loves🥲 I will always be in your corner Maami ❤️❤️❤️ #sigh”.
See her post below: 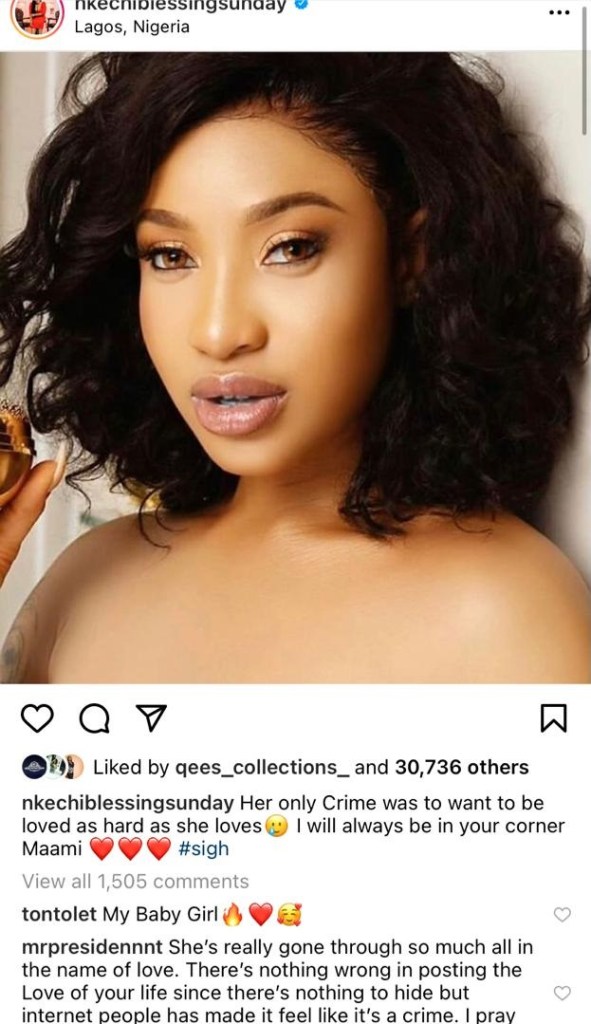