The husband of the woman who could not stand the sight of seeing his wife sleeping with Paa Agyei reportedly collapsed. 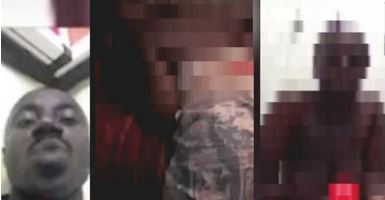 A Ghanaian man who saw a video of his wife and another man having sex reportedly slumped and died.

A South Africa-based Ghanaian known as Paa Agya, said to have returned from South Africa was accused of being behind the sex tape.

Local news platforms reported that Agya had sex tapes of about 20 women, of which 15 are already married.

After one of the videos was leaked on the internet, husband of one of the women who could not stand the sight of seeing his wife sleeping with Paa Agyei reportedly collapsed. He was rushed to the hospital but died as his condition got worse.

Angel FM reported that the deceased has been identified as Mr. John alias Nzema Marley and is said to be very popular in Prestea, Ghana.