Ohanaeze Ndigbo has appealed to people of the South East saying that they need to work with Tinubu to produce Nigeria's president in 2023. 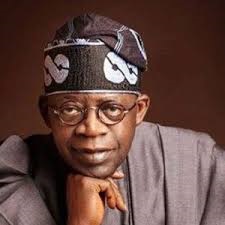 Bola Tinubu
The pan Igbo socio-political organization, Ohanaeze Ndigbo has revealed that Igbos need to work with Bola Tinubu, National Leader of the All Progressives Congress, APC in order to produce next President in 2023.
The group made the statement on Friday.
Dim Uche Okwukwu, Deputy President-General, Ohanaeze Ndigbo Worldwide, said Tinubu controls the votes in Yoruba land; hence the Igbos need him to produce Nigeria’s president.
Speaking exclusively with DAILY POST, Okwukwu urged the people of the Southeast to show solidarity to the APC National Leader over his ill-health.
Okwukwu pointed out that the former governor of Lagos State was the most benevolent Nigerian politician after Ahmadu Bello.
According to Okwukwu: “Most of my people don’t understand why it’s important to express solidarity with Asiwaju at this moment, the truth is that even if we are to produce an Igbo President we cannot do it without Yoruba votes and that vote is in the hands of one man and i know he has firm control of Yoruba land.
"I studied in Ife, and I understand Nigeria perfectly. In 1959, the progressives lost government in this country to the conservatives because Zik and Awolowo disagreed. In 1979, they lost again because Zik and Awolowo disagreed.
“The Northern progressives always lost on to the Southern progressives to come together; Asiwaju is one of the few remaining progressives from the UPN, AG, ACN and today to APC; he is one of the few remaining alive. People don’t understand his role, which is to lead the old to the new. This is why he has a lot of influence in Yoruba land.
“I have said this severally, that Tinubu is the only Nigerian that is politically benevolent, no Nigerian today can nominate his boy to become Speaker of the House of Representatives who is bigger than him. The highest Tinubu has ever attained was the governor of Lagos. The Vice President was his Attorney General in Lagos. This is what they call a large heart; the only person who exhibited these qualities in Nigeria was Ahmadu Bello, who allowed Tafawa Balewa to become Prime Minister while he was still in Kaduna.
“What is causing the problem of the South is political greed, and we are cultivating a crab culture. If you put crabs in a basket for three years, they will be there with no one escaping. We need to copy from Asiwaju a lot; what I can not do, another person should do it. On the vice president’s issue, Tinubu, who is a Muslim, asked Osinbajo to go because he is a Christian who is far younger than him. The only political position Osinbajo had before becoming the Vice President was the Attorney General of Lagos State; nobody has moved from that position to the Vice President in Nigeria’s history apart from Osinbajo and Asiwaju allowed it.
“If we follow the lessons of Asiwaju, we would not complain. The bane of Southern politics is that we don’t want another person to be stronger than us, and we are not getting it right. We need him to be alive; his death is not going to be a loss to Yorubas alone but to Nigeria.”
Top Stories