Men Want Me To Sacrifice My Career For Relationships — Actress, Omotola Odunsi Speaks


Nigerian actress, Omotola Odunsi has spoken about her life and career in this thrilling The PUNCH interview. 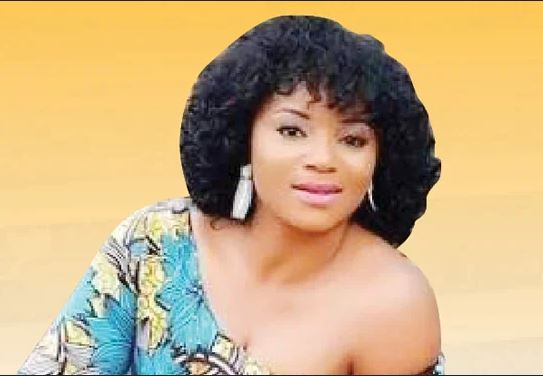 My childhood was fun. I used to be a church girl then. In church, I was part of the drama group, as well as the choir. I am the second of four children.

For my elementary education, I attended Oredola Nursery and Primary School in Ijebu Ode, Ogun State. From there, I proceeded to Our Lady of Apostles Secondary School, also in Ijebu Ode. I went on to study Microbiology at the Olabisi Onabanjo University, Ogun State.

When I was in 200 level or there about in the university, I met with Lateef Adedimeji on campus. Back then, he had an acting troupe, so I joined them. We usually engaged in stage dramas and other entertainment activities. I recall that we used to go to other universities for drama presentations. However, after some time, I had to stop. Fast forward to 2018, I joined Odunlade Adekola Films Production. I attended an audition organised by the platform and I was part of the lucky ones that were chosen.

My parents were not supportive when I started back then. They had a negative perception about the industry. However, because they know the kind of person I am and the kind of upbringing they gave me, they did not object. I am happy that I’ve made them proud.

I have learnt a lot of lessons in the course of my career. The industry is in a world of its own. One of the most important things I have learnt is to always be myself. However in this part (Yoruba movies) of the industry, if they notice that one is real, they would hate one. They want one to pretend. However, I am always myself. I believe it is better for them to know me for who I am.

No sector is devoid of trials, so I consider the challenges I face to be normal. When I started out, many people wanted to sleep with me. Nearly everyone that wanted to give me a movie role wanted to sleep with me in exchange for it. But, I stuck to my principles, and I thank God that I have been doing that with no stress. The second challenge is whenever I am going to movie locations and have to travel. It is always a challenge for me to transport my luggage. However, I believe that God would do something about that very soon. Everybody needs a helper.

The first thing I consider before accepting to feature in a movie is the storyline. Though we all need money, but money is not my focus. If one does a great job, one would definitely be paid. In this industry, some people believe that if one is still up-and-coming, one has to pay one’s dues (by not charging for movie appearances). However, I have worked with directors who paid me handsomely. Whenever I get paid handsomely, I pray for them with everything within me.

Some fans send a lot of weird messages. There are still many messages I have not read. Some of them even talk to one anyhow. I reply some of them, while I ignore others.
I have not had any embarrassing moment with fans. All I have been getting from them are warm regards. I was at Lekki, Lagos, recently with some of my colleagues. We then visited a store to get some items. When we got there, someone who had seen me in a movie recognised me. The person was happy to see me, and I felt good too.

My greatest worry used to be the fear of failure. I detest failure. I desire to be a shining light in my career. However, I now have a new perception about failure. When one fails at something, one should not stop there. Rather, one should keep moving. By doing more, one would keep adding value to oneself. It is very important for one to keep acquiring more knowledge in an area where one once failed. That is how to achieve success. I am no longer scared of failing. I see it as a stepping stone to success.

My face and body get me the most attention. I am beautiful and I know it. People appreciate and compliment my beauty when they meet me.

The weirdest thing I have done for love was that I borrowed a guy I used to date some money but he did not pay me back. The money I borrowed him was actually the savings I accumulated during my National Youth Service Corps scheme, when I worked at a psychiatrist hospital.

I am attracted to intelligent men who are God-fearing and responsible. Most importantly, I am attracted to a man that takes me as his priority, and loves me for who I am. I want a man that would support my acting career. Some men perceive me through the lens of the roles I play. Some are interested in starting a romantic relationship with me but they usually insist that I should sacrifice acting for the relationship. If you are that kind of man and you are reading this, please don’t come close to me because this job is my life (laughs). I look out for a man that will take my acting career as his priority and support me.

I love to look good. I love to wear clothes that suit my body. When it comes to fashion, comfort is important to me.