According to the Twitter user, this happened in Ozuoba near Port Harcourt in Rivers state. 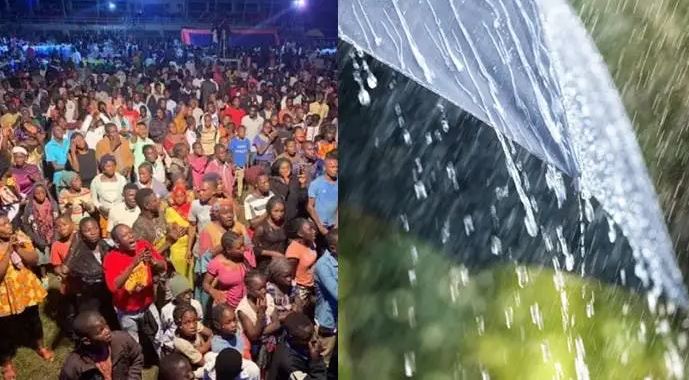 A Twitter user has alleged that a pastor paid a native doctor to hold rain while he holds a crusade in Port Harcourt, the Rivers capital.

According to the tweep with username, @dj_wHacky, this happened in Ozuoba near Port Harcourt in Rivers state.

Usually whenever someone is about to be buried or a major event is slated to be held in some rural communities in Nigeria, native doctors known as rainmakers are hired to stop rain from falling that day.

They perform incantations and in some cases, sacrifices to appease the gods so that rain would not ruin the event or occasion.