Recall that IPOB leader, Nnamdi Kanu and some members of the proscribed group are being detained in the custody of the Department of State Service (DSS). 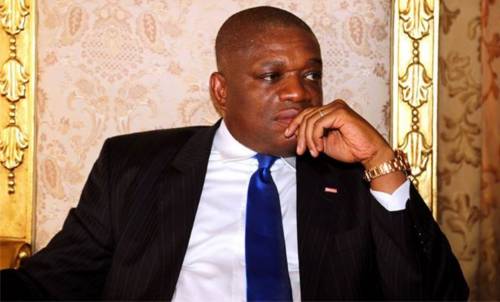 Orji Kalu
President Muhammadu Buhari has been urged to grant amnesty to detained members of the Indigenous People of Biafra (IPOB) and Yoruba Nation agitators.
A former Governor of Abia State, Senator Orji Kalu made the call on Tuesday.
Recall that IPOB leader, Nnamdi Kanu and some members of the proscribed group are being detained in the custody of the Department of State Service (DSS).
Also, some Yoruba Nation agitators and supporters of Sunday ‘Igboho’ Adeyemo are being detained in the custody of the Nigeria Police Force.
But in a statement he personally on Tuesday, the Senate Chief Whip and Senator representing Abia North Senatorial District in the National Assembly demanded that all arrested agitators should be released.
The popular lawmaker added that granting all detained agitators amnesty will show that the federal government is fair and that will improve unity in the country.
Kalu, however, asked the government to give all detained IPOB members and Yoruba Nationa agitators the same treatment as repentant Boko Haram insurgents and bandits.
He said: “I pleaded with most of our elders in the north and in the south-west; we cannot continue to fight at all times,” he said.
“I am still pleading with them and the federal government to intervene so that we can have a peaceful country. A lot of insurgents and bandits have been granted amnesty.
“I believe in the unity of this country, and I believe this country is better off being in unity, so the best way we can get it is to make sure that IPOB and followers of Sunday Igboho are granted amnesty.

“There is a need to call a roundtable, even without the federal government. This is what the elders can do and give the federal government endorsement, so we can have peace in our country.
“If we continue this rancour, it wouldn’t augur well, because people are purchasing arms and they are not only being used for this struggle, they are used for kidnapping, banditry and other things, we don’t deserve this.”
Speaking further, the former Abia governor condemned the continued adherence to the sit-at-home order of IPOB in the South East.
According to the lawmaker, the sit-at-home order is detrimental to the economic survival of the region which has resulted in pervasive hardship and the loss of billions of naira.
He added: “I never believed in sit-at-home, because each day they do so, billions of naira is lost, and there are families that the only money they make is the one they make daily.
“Any day they don’t make daily money, they don’t feed. So, I don’t think it is the right thing to do at this time for our people, because you cannot punish the same people you say you want to protect.”
Top Stories