According to a resident of the community, the three-year-old strayed off while his uncle was filling forms and perfecting the enrollment documentation. 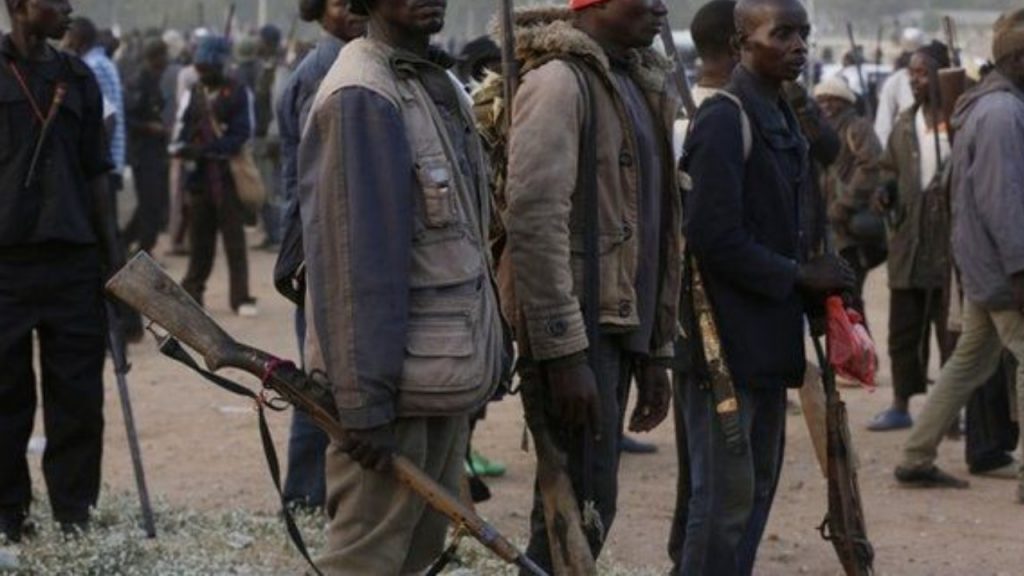 As many as ten dogs belonging to the Proprietor of Global Growth Academy, Amokpo, Umuanunwa, Nteje in the Oyi Local Government Area of Anambra State have reportedly pounced on and killed a three-year-old child on the school premises, according to The PUNCH.

The incident was said to have happened around 7.10am on Wednesday, September 15, when the victim, identified as Obinna Ude, was taken to the school by his uncle, Chima Ude, for enrollment.

According to a resident of the community, the three-year-old strayed off while his uncle was filling forms and perfecting the enrollment documentation.

The 10 dogs, on sighting the child, broke out of their cage, pounced on the boy and mauled him.

The dogs were said to be owned by the proprietor of the school, a United Kingdom returnee identified as Chinedu Oka, alias Chinedu-Okaa London.

The resident said, “The dogs dragged the little boy to their pen where about 10 of them descended on the three-old boy without anyone from the school management coming to his rescue.

“The Nteje community, where the incident happened, culturally prohibits rearing of dogs. It’s a taboo to rear dogs here. The UK returnee proprietor was warned but he refused to adhere to the community’s instructions.”

It was gathered that the incident generated anger in the community, with a group of youth vigilantes storming the school premises and shooting all the dogs to death.

The traditional ruler of Nteje, Igwe Roland Odegbo, who confirmed the incident, said backed the killing and burning of the dogs, adding that the proprietor had been handed over to the authorities for the law to take its course.

The monarch said the proprietor was aware that rearing dogs was prohibited in Nteje community but still went ahead to keep them.

“The young man knows that we don’t accommodate dogs in our community and he went ahead to surround himself with dogs despite warning from the community.

“To us, the young man committed murder and it is an abomination in our community to kill someone.

“We have handed him over to the appropriate authorities and we will make sure that justice is served because we don’t condone evil.

“The youths have killed and burnt the dogs and we are in support of their actions,” the traditional ruler stated.

The school was said to have been deserted as parents hurriedly withdrew their wards on hearing about the tragic incident.

The statement read, “The Anambra State Police Command wishes to inform the general public, especially Ndi Anambra, that investigation is ongoing into the unfortunate incident that led to dogs attack on a child at Nteje in the Oyi Local Government Area.

“Preliminary investigation revealed that on 15/09/2021 at 0710hrs,  one Chima Obi Ude M of Isiogu village, Nteje came with his nephew, Obinna Ude, 3 years, to the school for registration.

“The dogs within the school environment jumped out of the cage and attacked Obinna. The victim was rushed to the hospital and was confirmed dead by a doctor on duty. The body has been deposited at the mortuary.

In view of the above, some angry youths within the area killed the dogs and set them ablaze.

“Further details shall be communicated.

Omejalile said, “It is very wrong to keep dogs on school premises; this questions the quality assurance in the state and the efficiency of the Ministry of Education.

Igwe said, “One thing a school owner must first of all put in place is safety and protection of students. It is a sin for a school owner to have dogs on the same premises where a school operates.

“It is ignorance and negligence for the school to keep a doghouse on the premises.  For the child to have been killed by the dogs, the school owner should be held liable.”