Nwuke said in a letter he forwarded to the leadership of the party that his decision to quit as spokesman was strictly personal. 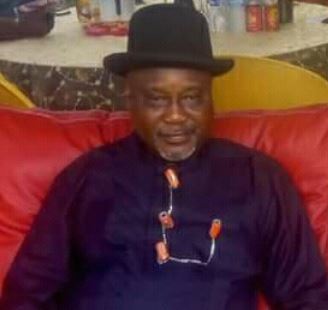 Chief Ogbonna Nwuke, the spokesman of the All Progressives Congress (APC) in Rivers State has tendered his resignation.

Nwuke said in a letter he forwarded to the leadership of the party dated September 19 that his decision to quit as spokesman was strictly personal.

Addressing the leadership of the party, Nwuke said: “We believe that our assignment here has been done. We came at a time of great internal strife, when there was a strong need to effectively connect with the party’s many audiences.

“Everything that has a beginning has an end. It is time to move on and time to concentrate on other things of great interest.

“We want to thank our colleagues, specifically statutory members of the party for the confidence they reposed in us at a critical time in the midst of our collective struggle. We benefitted immensely from their moral support, goodwill and encouragement.

“Let me add that while we wait on our Creator and what the future holds for us, we did everything within our power to deliver on the mandate that we were given.”