The endorsement is coming on the heels of demands by governors of the 17 southern states for a president of southern extraction. 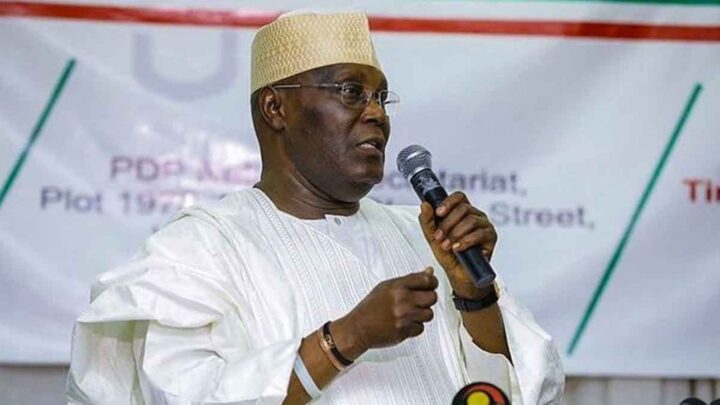 Atiku
A former Vice President of Nigeria, Atiku Abubakar has been endorsed by leaders of 17 political parties and civil society groups in Delta State to become President in 2023.
The leaders endorsed Atiku on Sunday.
The endorsement is coming on the heels of demands by governors of the 17 southern states for a president of southern extraction.
A coalition of Atiku Support Groups Initiative which announced the endorsement argued that ethnicity or political affiliation should not be the determining factor in who becomes president in 2023.
Director General of the ‘CASGI ATIKU 2023, Mr. Obinna Okorie, said this during the inauguration of the group in Asaba.
Okorie said, “Today’s Nigeria has witnessed the highest level of insecurity, unemployment, youth restiveness and acute borrowing with unproductivity, which have endangered our great nation.
“CASGI ATIKU 2023 PROJECT’ as a pan Nigerian project cuts across ethnicity, political party affiliations and other subterranean considerations.
“The PDP to give His Excellency Atiku Abubakar, the presidential ticket come 2023 reason being that, Atiku Abubakar is the most placed to lead PDP back to power considering his last performance and his demonstrability of wealth creation and economy building.”
Top Stories