Members of Team Classic Delight are Angel and Emmanuel and they both share N750,00 as their prize, as announced after their performance. 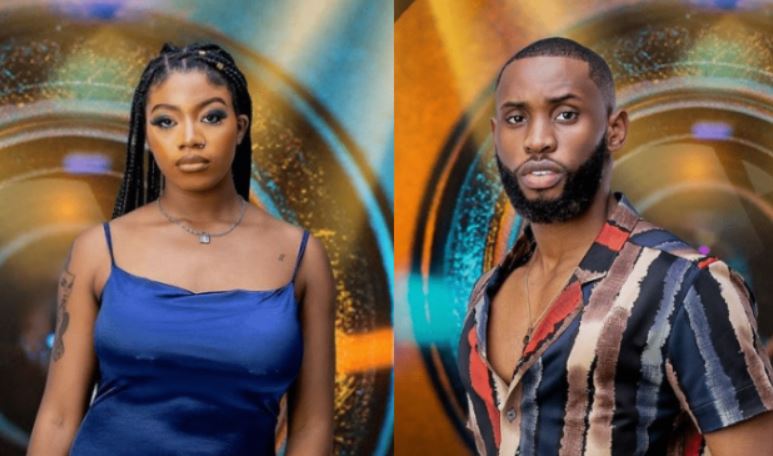 Recently, the Big Brother Naija Shine Ya Eye housemates participated in a challenge organised by Munch It snack and Team Classic Delight emerged victorious in the task.

Members of Team Classic Delight are Angel and Emmanuel and they both share N750,00 as their prize, as announced after their performance.

The Munch It task, which is the second edition organised by the brand, took place on Tuesday, day 59 of the show.

In the first Munch It task, Team Crunch emerged as the winners with a grand prize of one million naira.

Each team was first asked to create a choreography with the Munch It jingle, which they presented as part of the task.

Also, the teams were asked to predict songs by Munch It brand ambassador, Davido, through the first letter of the song title.

Another task involved kicking balls into a goal post while being blindfolded. Each team picked a representative for this game.

At the end of the task, Team Classic Delight was named the winner while Team Sour Cream and Onions was the runner-up.

Team Sour Cream and Onions, which included Cross and Queen, won a sum of N500,000.

On Instagram, a voting contest was conducted for the Non-stop Munch It Entertainer and Liquorose bagged the title with a N250,000 grand prize.