A dramatic incident recently played out at Mike 'The Situation' Sorrentino's house, as he reportedly called cops on his brother for showing up at his house unannounced. 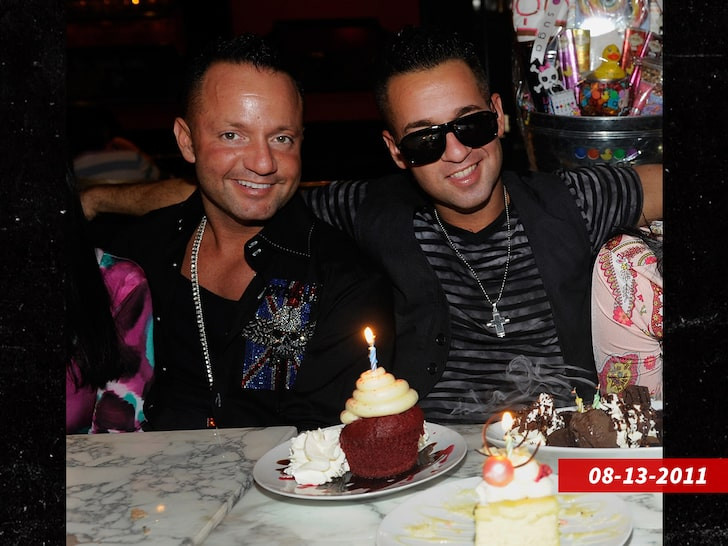 In what will come across as a really startling development, an American television personality, Mike 'The Situation' Sorrentino, has reportedly called the cops on his brother.

According to a report by TMZ, a dramatic incident recently played out at Mike 'The Situation' Sorrentino's house, as he reportedly called cops on his brother for showing up at his house unannounced.

TMZ reported that Mike invited the police over on Tuesday evening, September 21, after his brother, Maximo, showed up to his New Jersey home with a ton of gift bags he was apparently trying to drop off for the reality show star and his newborn son/nephew, Romeo.

A rep for Mike who featured on MTV reality show Jersey Shore from 2009 through 2012, said Maximo excessively rang multiple doorbells, peered inside through the glass, lingered a bit and then turned to leave, but not before leaving all the presents hanging on the doorknob.

The reality show star was said to be watching from inside and called the cops who showed up in less than a minute. They ran into Maximo on his way out and told him he wasn't allowed there unless Mike specifically invited him, he was then allowed to leave.

Prior to this, it was learnt that Mike and Max have had problems for some time and it is now becoming a legal situation. Mike had filed harassment claims against Maximo most recently in July, alleging that he's been behaving erratically. He stated that he wants a heads up before Maximo comes to the house.

Mike's rep stated that his client's main priority these days is protecting his wife and kid, and even though they're family, he thinks what Maximo did crossed a line. He added that the aim of the police complaint was not to get Max arrested.

Maximo on his own part said he was just dropping off Puma BMW tracksuits for Mike and Romeo. Maximo also said that Mike calling the cops on him left him sad as he will never do that.

Denying claims of having issues with his brother, he told TMZ he will never be going to his house again.