Saga during a conversation with Nini on Friday told her that he missed her smell while she was away. 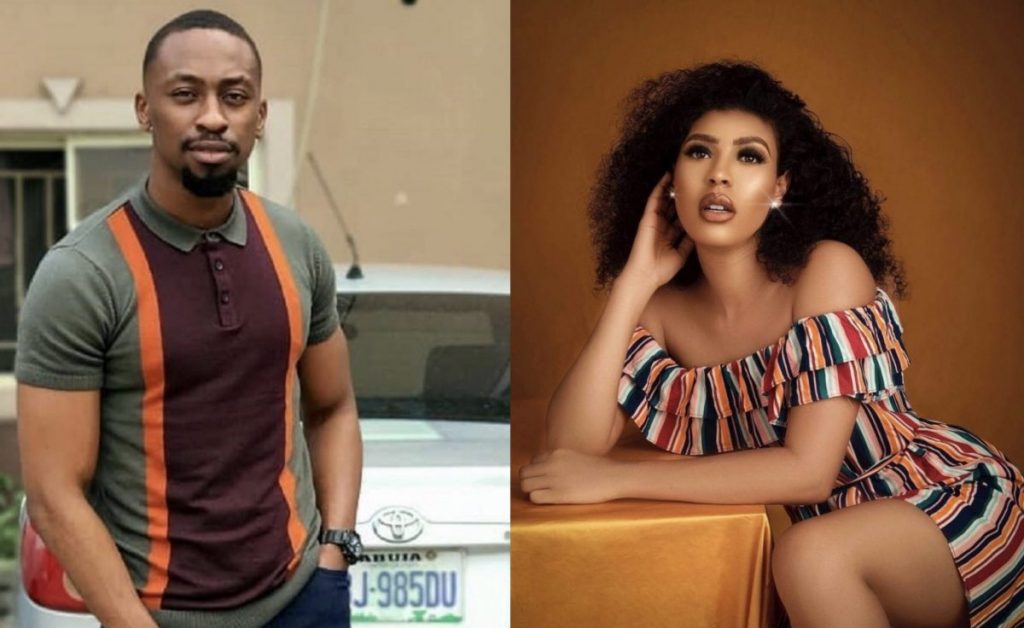 Saga, a Big Brother Naija season 6 housemate, has what he planned to do after Biggie instructed housemates to pack Nini’s belongings and take them to the storeroom.

Saga during a conversation with Nini on Friday told her that he missed her smell while she was away.

He further revealed that he had wanted to steal her cloth so he could sniff it as that seemed to be the only consolation he had.

“Honestly I missed your smell. I felt like I was going crazy and then when Biggie instructed that we packed your things, I planned to steal your cloth so I can be sniffing it.

“But then, I knew the viewers outside would be thinking that I’m a freak, so I planned to be doing that inside the toilet. I also have your sucks with me,” he said.

Recall that Biggie had during the week gave Nini a secret task which involved her leaving the house to a secret room for 24 hours.

Her absence was greatly felt by the housemates especially Saga who was seen crying because he thought Nini requested for a voluntary exit.