A serious warning has been sent to scammers by the Indigenous People of Biafra. 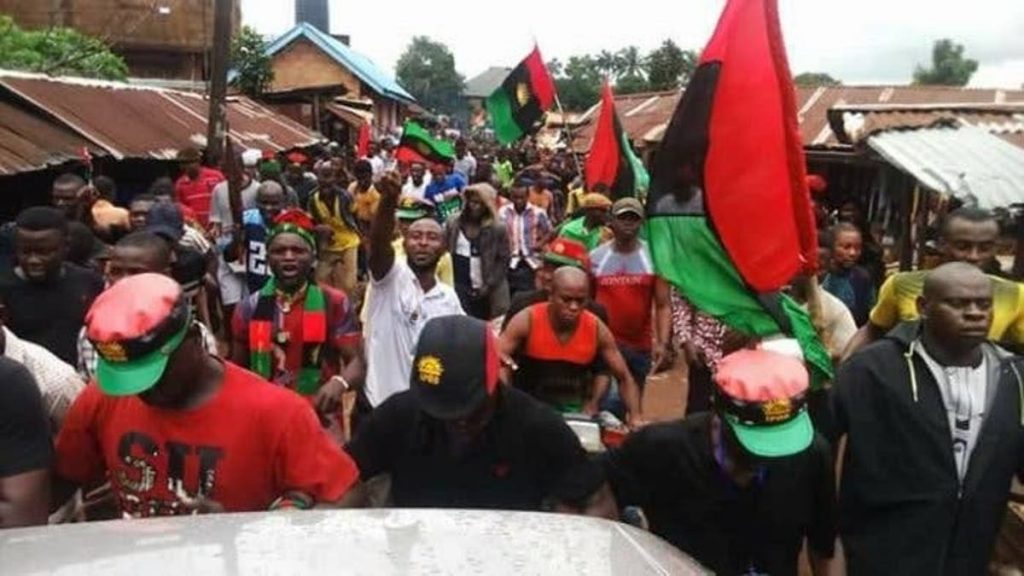 The Indigenous People of Biafra, IPOB has warned scammers to desist from using the group's name to beg South East politicians for money.
IPOB gave the warning over the weekend.
The group made this known through a press statement signed and forwarded to DAILY POST by Emma Powerful, its media and publicity secretary.
The statement reads: “Following numerous complaints we have received concerning people claiming to be representatives of the Indigenous People of Biafra, IPOB, who approach politicians in Nigeria, soliciting financial support for IPOB, we wish to clarify that IPOB has NEVER, and will NEVER ask anybody to beg for such financial support.
“IPOB under the able leadership of our Leader Mazi Nnamdi Kanu did not send anybody on such shameful errand. IPOB is a global movement with members in over 100 countries and we know how we raise our funds. We don’t solicit financial support from politicians. We have nothing to do with Nigerian politicians; we don’t need their money!
“Therefore, anybody no matter how highly or lowly placed or even related to our Leader Mazi Nnamdi Kanu, parading as a representative of IPOB sent to collect financial support from any politician is on his or her own. Such impostors assuming the complaints are correct are scammers. They don’t have the mandate of IPOB.
“We, therefore, seriously warn anybody swindling unsuspecting or greedy politicians in the name of IPOB to immediately disembark from such scandalous mission or brace up for the dire consequences. If we catch anybody no matter who such a one is, fronting as an IPOB agent before any Nigerian politician, such a person will live in regrets the rest of his or her life if the one is lucky to escape the wrath of God.
“We also wish to advise gullible and greedy politicians not to deal with or give money to anyone claiming to have been sent by IPOB. We have not sent or delegated anyone for such a disgraceful mission. Be warned.
Top Stories