The actress, who has featured in a number of Yoruba movies since she came into the limelight said that her breasts attract the most attention to her. 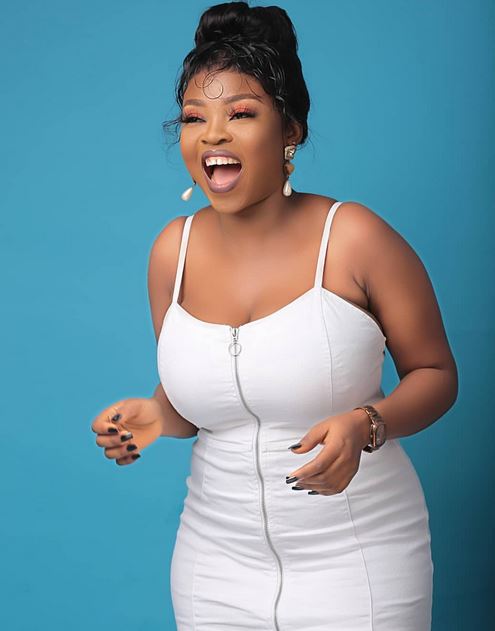 Nigerian actress, Opeyemi Adetunji has disclosed the body part which gets her the most attention.

The actress, who has featured in a number of Yoruba movies since she came into the limelight eight years ago, in an interview with The Punch said that her breasts attract the most attention to her.

She said she had always thought her face was responsible for the attention she got.

Still speaking about her boobs, Adetunji pointed out that it’s an obvious part of her but she doesn’t deliberately show them off on social media.

She said: “I don’t intentionally flaunt my boobs on social media. It is an obvious part of me. I cannot hide them. Besides, it is said that, “If you’ve got it, flaunt it”.

According to her, RMD is her celebrity crush because he is super talented and constantly renews himself adding, she possesses immense admiration and respect for him.

“I did not have a celebrity crush before. But, I later realised that I love Richard Mofe-Damijo. He is my celebrity crush. He is good at what he does and he constantly reinvents himself. He has been in the entertainment industry for decades and is still going strong. I have a lot of respect and admiration for him,” she said.

The actress further revealed an embarrassing moment with a fan who said he had been looking for her so he could kiss her because of how well she kissed in a particular movie.

Opeyemi said: “There was a day a male fan wanted to kiss me. He said I kissed so well in a particular movie and he had been looking for me to kiss me. That was a very embarrassing moment with a fan.”