The beating left the woman with severe bruising and bleeding profusely from her face, nose, and mouth. 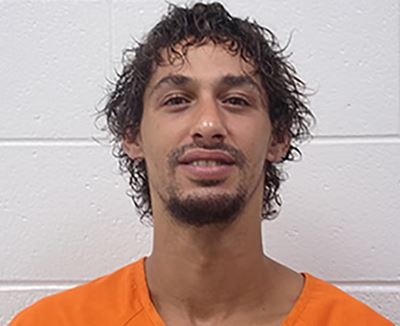 A woman who face-timed her husband while engaging in sex with her lover inside a car parked near a Pennsylvania hotel has been brutalised by her husband.

In a felony complaint obtained by Mail Online, 34-year-old William Atkinson received the series of explicit calls from his spouse on September 21, and called a friend to drive him to the hotel's parking lot to confront her.

Upon arriving at the Best Western in Somerset, Atkinson found his 32-year-old wife and her alleged lover,  both of whom were not named in the report and proceeded to punch and kick her, police said.

Atkinson struck the man as well, who then 'fled the scene,' according to the report.

The beating left the woman with severe bruising and bleeding profusely from her face, nose, and mouth. Police described the woman as 'extremely intoxicated' and uncooperative with officers upon their arrival at the scene.

She also was described as 'struggling to breathe and crying for help.'

After being apprehended by police, an angry Atkinson explained that the pair had been 'egging him on' with the vulgar video calls.

Atkinson then told investigators that he had only hit his wife with an open hand, and not with a closed fist or much less kicks - but a witness reported seeing him 'actively kicking' the woman in the face.

According to the complaint, the person who initially reported the assault in a 911 call told officers that they had heard a gun amid the scuffle - though 'no witness saw who had a gun.'

A pistol was recovered by police at the crime scene, from the vehicle that Atkinson arrived in - but no magazine or rounds were found in the weapon.  Officers also found a knife and stun gun at the scene, which Atkinson alleged belonged to his spouse.

Atkinson was charged with aggravated assault and reckless endangerment, a felony, and a misdemeanor, respectively.

However, another court filing for a case several years ago indicates that Atkinson's wife is the one with the alarming criminal past.

In 2016, the unnamed woman was cuffed for attempted murder after an argument with a boyfriend ended in gunfire.  The man was not hit in the attack, after she fired a single shot inside a residence in Cumberland, Maryland.

Atkinson's wife later pleaded guilty to reckless endangerment and was sentenced to two years of probation.

He is now being held in the county jail in lieu of $30,000 bail for his current case. 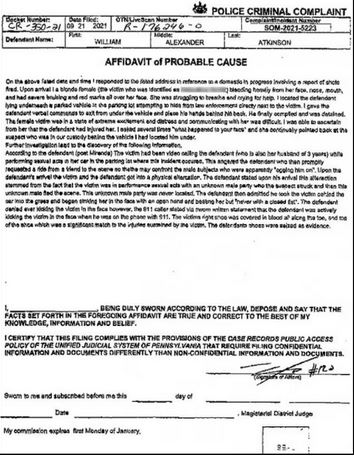 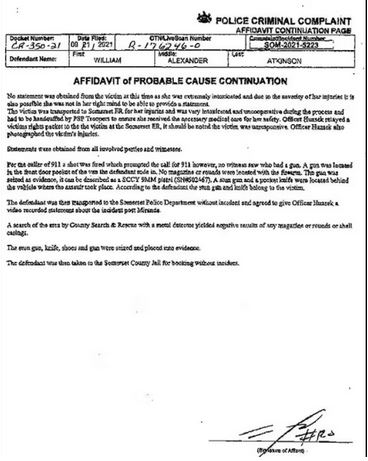