The bishop lamented why the Buhari administration was refusing to expose the names of Boko Haram sponsors. 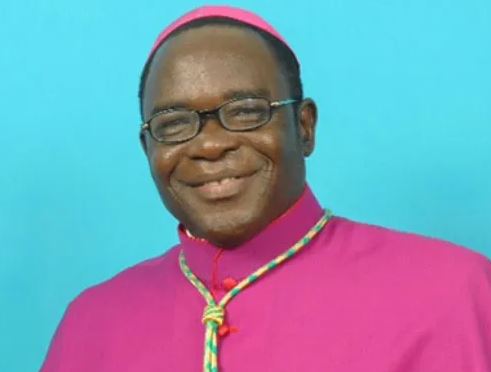 Head of the Catholic Diocese of Sokoto, Bishop Matthew Hassan Kukah has asked the federal government to disclose the identities of those sponsoring the dreaded terrorist group, Boko Haram due to the worsening insecurity in the nation.

The cleric described Nigeria as a broken country decomposing from within while “lives are hemorrhaging by the day”.

Kukah spoke at the priestly ordination of five deacons at the Holy Family Cathedral. The church released his sermon on Sunday, the weekend of Nigeria’s independence celebration.

The bishop lamented why the Buhari administration was refusing to expose the names of Boko Haram sponsors.

In September, the United Arab Emirates (UAE) published the names of six Nigerians prosecuted for Boko Haram in a list of 53 individuals and entities.

The federal government’s position that it knows terror financiers but won’t disclose identities has caused public affairs analysts, media houses and citizens to charge world powers to de-classify their intel.

Kuka said Nigeria cannot go on the way it is as people have become so traumatised by horrible news that they have become comfortable in “this swamp of evil”.

The government critic regrets how life goes on in the country as the ongoing atrocities are normal.

“We have become experts at burying the dead, but refuse to ask why the killings continue. We cannot overstate the reality. It is clear that neither politics nor economic models can fix the country”, PM News quoted him as saying.

The revered priest said the political class is in a state of inebriation with the drug of power and loot.

“The federal government has told us it is not ready to publicise the names of those funding Boko Haram. We cannot go on like this. Questioning existential threats to humanity is the apostolate that we Priests are called to.

“We know that this road is dangerous, it is rocky, it is treacherous, it takes lives, but it is all too familiar. The bodies and the emotions of men and women are irretrievably broken.

“Our people, fleeing their homes after over ten years have now turned refugee camps into their habitats. Our identity as citizens is being traded for the status of migrants and refugees.”

Kukah further expressed dismay about how the civic space in Nigeria is slowly closing, with citizens losing ordinary freedoms to the crippling hands of totalitarianism.