Odinkalu said Mbaka should stop “prostituting the Divine” with his prophecies. 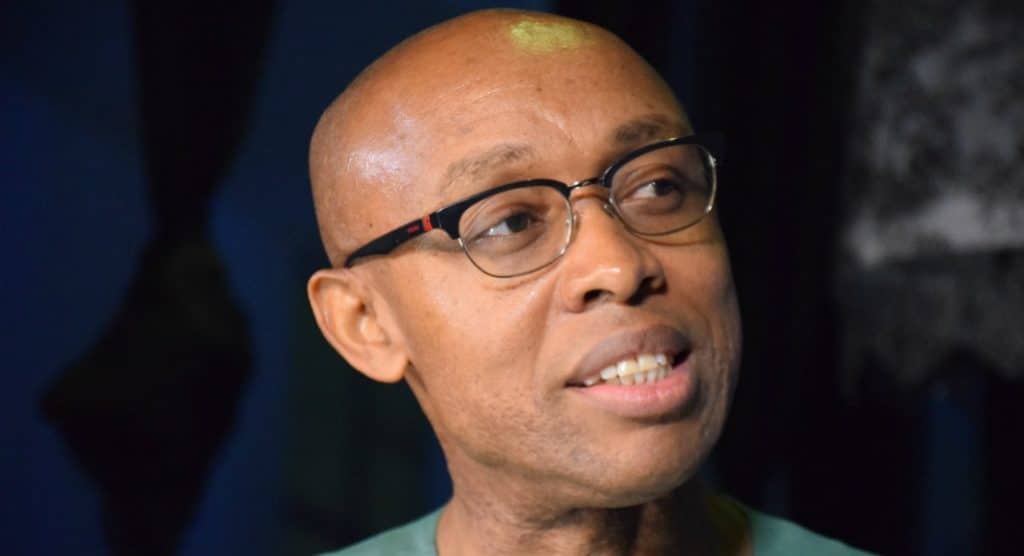 Odinkalu
Fiery man of God Reverend Father Ejike Mbaka has been called out by Chidi Odinkalu, former Chairman of the National Human Rights Commission, NNHRC.
He criticized the Spiritual Director, Adoration Ministry Enugu, Rev. Fr. Ejike Mbaka, over his latest prophecies.
Odinkalu said Mbaka should stop “prostituting the Divine” with his prophecies.
Mbaka had warned President Muhammadu Buhari that the jets he was purchasing, would be used to destroy the country.
Speaking during his Sunday sermon, Mbaka said God told him that the jets would be used to destroy Nigeria.
He urged his members and followers to spread the message until Buhari gets it.
Mbaka also urged Buhari to focus on building more industries.
“The jet you are buying are going to be used to collapse Nigeria,” he said.
Reacting, Odinkalu wondered why Mbaka never saw such when he prophesied in 2015 and 2019 that Buhari would be Nigeria’s “messiah”.
In a tweet, the former NHRC boss described the cleric as a charlatan with crooked sight.
According to Odinkalu: “#MbakaIsACharlatan. So, where was his crooked sight that he didn’t see this when he was seeing visions of a messiah in 2015 and 2019.
“Can the man not just disappear voluntarily and stop prostituting the Divine?!” 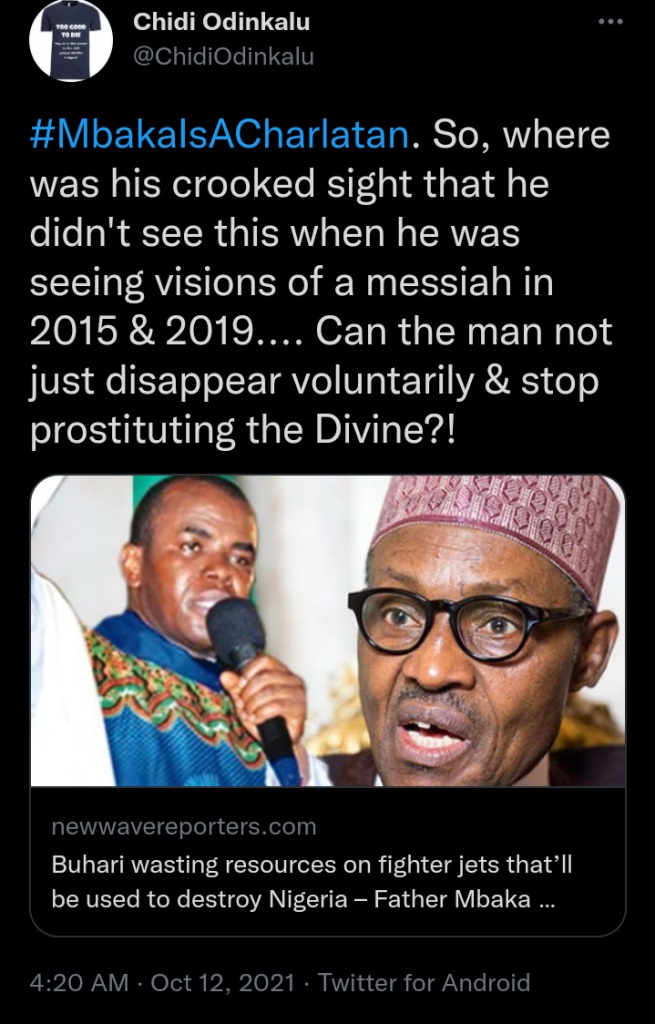