The relation narrated that about 10 years ago, Francis unknowingly bought a stolen car from Bash and when the latter was arrested by the police, he implicated Francis. 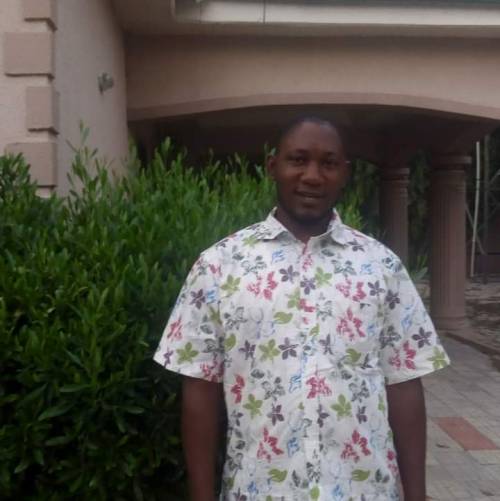 According to a report by SaharaReporters, a young Nigerian man in Bauchi state has lamented the refusal of the police to launch an investigation into the allegations levelled by an alleged serial armed robber, ‘Bash' against a car painter, Simon Francis.

According to Francis' brother who spoke to SaharaReporters, the police have turned the case to an avenue to extort Francis, whose innocence, according to the relation, has been proven several times.

The relation narrated that about 10 years ago, Francis unknowingly bought a stolen car from Bash and when the latter was arrested by the police, he implicated Francis.

After several months of interrogations, Francis was released on bail though his house and car documents were seized by the police.

The documents were later released after several years and Francis was said to have cut all ties with the armed robber having known his true identity, the source noted.

However, Francis' brother told SaharaReporters that whenever the armed robber gets caught again, he mentions Francis' name and workshop which he knows is stationary.

The police have repeatedly picked up the car painter and requested the family to pay bail money because they know he is innocent, his relation said.

He also said the victim, Francis had pleaded with police officers to track calls to his two mobile phone lines — Airtel and MTN — and ascertain if he had communicated with the armed robber in the last 7 years.

However, he said the police officers have simply requested the family to bring a certain amount of money before that can be done.

The source said: ”I write to bring to your notice a case that involves Mr Simon Francis of a mechanic workshop along Jos Road, Bauchi. He is a car automobile painter and a resident of Wunti Dada in Bauchi state. He is into buying, repairing, and refurbishing of used cars for resale.

”Ten years ago, he bought a car from one man called 'Bash' and resold it. As I said, it’s over 10 years ago and this Bash happens to be an armed robber and 'car snatcher' (carjacker), but this was not known to Simon. When the said Bash was arrested, he mentioned selling the car to Simon Francis and Simon was equally arrested, taken to Abuja, locked up for more than 3 months before he was released on bail after the car was retrieved.

“Police seized Simon's personal car and house documents at the time which were later released to him after about 3-5 years.

”Simon immediately cut Bash off but unknown to him, the experience will become his nightmare as he has been arrested more than 4 -5 times, detained and heavily extorted on different occasions by the police, and later released.

”Whenever this armed robber (Bash) is caught stealing and arrested by the police, he will mention Simon’s name as he once sold a stolen car to him.

“The two recent arrests of Mr Simon Francis happened last year during the COVID-19 (lockdown); a team of police officers led by one Inspector Ali Adamu from IRT department came to arrest Mr. Simon Francis, detained him at Tafawa Balewa Estate police station, Bauchi for 13 days in connection with 'car snatching' (carjacking) after arresting the armed robber (Bash) who led them to Francis.

“It was later confirmed that Francis knew nothing about the case. He was extorted and later released. Mr Francis said he was shocked to see Bash inside the vehicle with the police officers because he was once informed that Bash had been killed during a robbery.

“Again, on the 21st of September, 2021 another team of police officers came to arrest Mr Simon Francis at his workshop along Jos Road, Bauchi, Bauchi state.

“He was taken to Yelwa Divisional Police Station, spent one day, and later taken to a police station at Keffi in Nasarawa State where he is currently detained.

”I was able to speak to one of the police officers on the phone; his name is Ejah Matthew Ujah, the IPO (Investigating Police Officer) and he has mentioned that the same Bash implicated Mr Simon Francis. He said Bash told them Francis provided him with number plates for a stolen vehicle though the vehicle has been recovered.

“Bash is alleged to have spoken with Francis on the phone before sending him the number plate from Bauchi to Lagos.

”We were able to speak with Francis in detention and he said fine, he has had two phone numbers all his life. He has given the policemen the liberty of going to the network providers (MTN and AIRTEL) to check if has spoken to this Bash in the past 7– 8 years. He said the police should take any necessary action against him if they find anything that implicates him because he has not met with Bash, or set his eyes on him nor spoken to him.

“The police have, however, refused to carry out such an investigation, they asked that the family should pay for the service.

“This is seen as a way of extorting and impoverishing Francis. We wonder why the police would keep arresting and releasing a known armed robber and 'car snatcher' (carjacker) when he ought to be behind bars. It is not only Francis that Bash implicates, but he also does that to other people and the police end up extorting money from them and later setting free.

“The other time, someone called Francis' wife and said he had been trying to reach her husband (Simon Francis). The person left a message to tell him Bash was in town so he could run. They know the police will follow whatever Bash says and such innocent people will suffer for nothing.

“Last year when the officers arrested Simon Francis, I spoke with a DSP (Deputy Superintendent of Police) about this case and he told me there was nothing he could do, that it was beyond him and the Commissioner of Police. I had gone there and explained to him and then he asked if I had the number of the person in charge of the case, I said yes.

“He then called the guy but for over an hour, the Inspector didn't come. Later the DSP said the man didn't come but that we should come back by 4 pm. We went back by the said time, he was just giving excuses.

"Meanwhile, there was a time I spoke with the IPO in charge of his case and the police officer told me that my brother is innocent. I forgot to record the conversation, I could have played it for you. We know he's innocent, the police also know he's innocent but they have kept him there for nothing.

“This time around, it's been difficult getting to secure bailed for him. We have tried everything possible, all to no avail.”

He added that the family had resolved to petition the Nigerian Police Force over the issue.