She also accused the sports ministry of neglecting Okagbare in this troubled time. 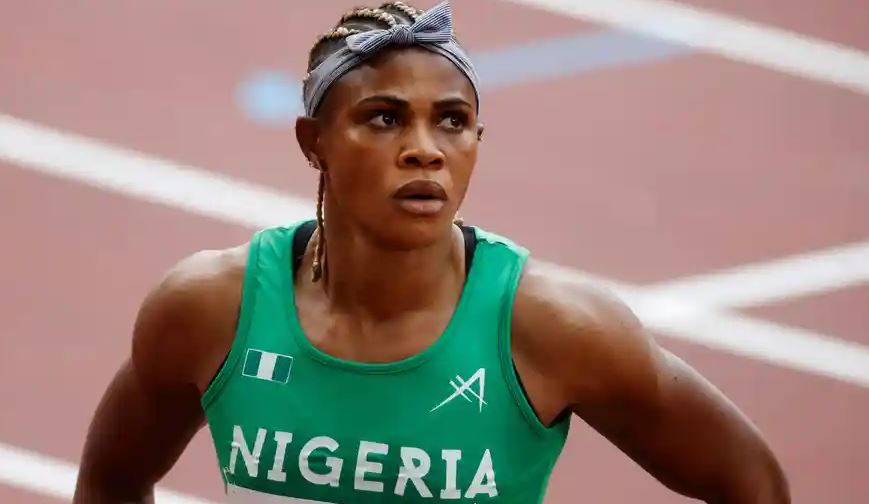 Grace Okagbare, the sister of Nigerian track and field athlete, Blessing Okagbare has alleged that her sister was a target for standing against alleged ills in the sports ministry following the doping charged levelled against her.

The AIU said last week that it charged Okagbare after she tested positive for human growth hormone and recombinant erythropoietin (EPO). Okagbare was forced out of Tokyo Olympics in July after result of the test was announced.

The Olympic medalist was slammed three charges, one of which was due to her “refusal to co-operate with the AIU’s investigation into her case.”

However, in a statement, Grace said the unit had not said “anything new about the case or invite her to hear her side of the story.”

She also accused the sports ministry of neglecting Okagbare in this troubled time.

“I am sincerely disappointed that since after the ordeals of Queen B. Okagbare, my kid sister and Africa’s Queen of the tracks during the Tokyo 2020 Olympics games, no official from the Ministry of Sports has reached out to her,” the statement read.

Grace said her sister believes that she has become a target for standing against alleged ills in the sports ministry.

“They have fruitlessly tried to force her to own up and accept what she didn’t do and she won’t,” she said.

“For Okagbare to be ignored since after the Tokyo 2020 Olympics, goes to show that government officials and sports administrators, deliberately hell-bent on tarnishing her image and want her career to go down.”

She also attacked an unnamed former sports minister, saying, “A former sports Minister who is supposed to be a father figure to take up her case has rather failed woefully in all ramifications instead he’s going about running his mouth that he knew who gave drugs to Blessing.”