Ogun Surveyor Accused Of Abducting Two Teenagers; Sold One In Libya For Prostitution And Kept The Other As S3x Slave


It was also alleged that the accused had impregnated one of the sisters, twice and aborted the pregnancies. 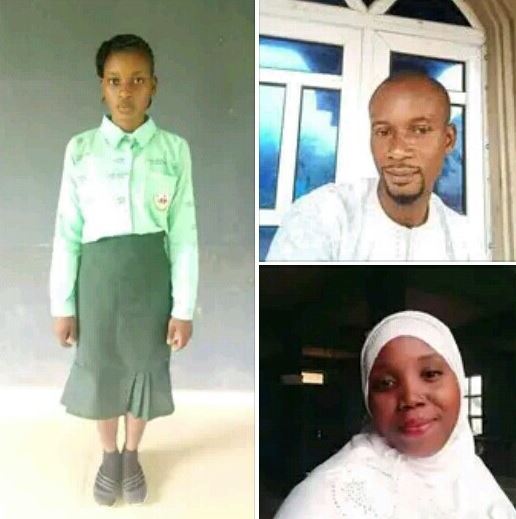 Mr Sam Itauma, The Head of Child’s Right and Rehabilitation Network (CRARN) has petitioned the Inspector-General of Police, to effect the arrest of a surveyor identified as Mr Ilesanmi Ojo Johnson, for allegedly abducting two teenage sisters who are orphans, selling the younger one in Libya for prostitution and keeping the other as a sex slave.

Mr Itauma also alleged that the accused had impregnated one of the sisters, 15-year-old Opeyemi Oguntade, twice and aborted the pregnancies. 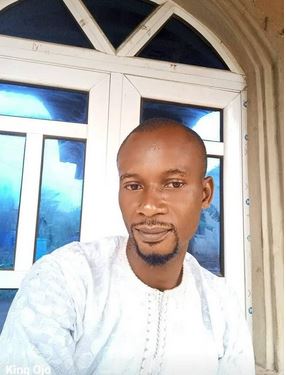 ''A man in a town called Owode-Egba in Ogun state, Nigeria, Mr. Ilesanmi Ojo Johnson has reportedly kidnapped two teenage girls who are orphans and ages 13 and 15 respectively, and with the connivance of his wife, sold the younger one in Libya for prostitution while he keeps the other as a tool for his sexual gratification.

Mr. Johnson, a surveyor by profession had reportedly tried to lure Miss Opeyemi Oguntade and her younger sister, Miss Waliat Oguntade several times while returning from school to his snare, after they lost their parents; but when that failed, he allegedly approached their step-grandmother and greased her palms to keep a sealed lip while he kidnapped the two sisters and kept in his house

In a twist of fates, Mr. Ilesanmi Ojo Johnson, allegedly took Miss Waliat Oguntade, 13 and handed over to his wife, Mrs. Aminat Ilesanmi Johnson who now took her to Libya for human trafficking purposes and prostitution while Opeyemi Oguntade, 15 was kept in a dungeon, coerced, brainwashed, and kept as a common law wife by Mr. Johnson

The ugliest and saddest part is that Miss Opeyemi Oguntade who is on scholarship in King Solomon School and in Senior Secondary 2 (SS2) at Owode-Egba, Ogun State is now suicidal after being put in a family way twice and abortions carried on her twice by Mr. Johnson, is being tortured and held in captivity even with the backing of some community leaders who supposed to be of help to her

The issue has twice been reported to the police division in Owode-Egba by representatives of the Child’s Right and Rehabilitation Network (CRARN) but no action has so far been taken. Rather, thugs and weapons-wielding fiends have been hired by Mr. Johnson and his fellow hatched men who now go about harassing, haranguing and threatening the CRARN representatives to back down or face their wrath

Mr. Inspector General of Police, Sir, we strongly solicit for your usual action to rescue Miss Opeyemi whose life is in danger and the return of her sister, Miss Waliat whose life now lies at the mercy of her captors as nobody can tell what is transpiring with her in Libya.

Thank you Sir, for your anticipated prompt action.'' 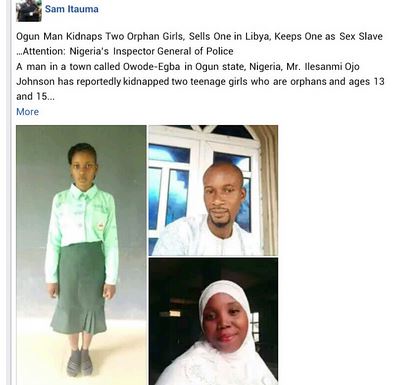 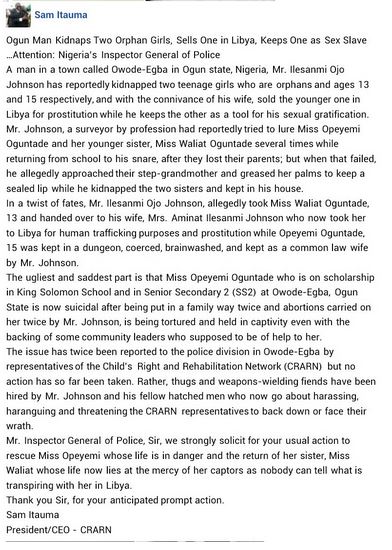