A member of the PDP, Omolaja Alao, was cut with matchet by the suspected political thugs at the main entrance of the venue of the congress. 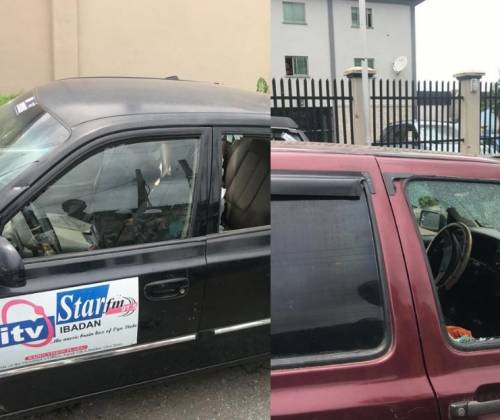 More than 100 vehicles were destroyed by thugs suspected to be members of the National Union of Road Transport Workers (NURTW) in Oyo State on Saturday when they attacked the venue of a parallel congress organised by aggrieved members of the Peoples Democratic Party, according to SaharaReporters.

A member of the PDP, Omolaja Alao, was cut with matchet by the suspected political thugs at the main entrance of the venue of the congress.

SaharaReporters learnt that some journalists also narrowly escaped an attack by the hoodlums who arrived at Jogor centre, the venue of the Congress in a white bus.

According to witnesses, the attackers started destroying the windscreens of vehicles parked by the roadside from the Ring Road axis of the road to Liberty Road before entering the motor park of the halls.

SaharaReporters gathered that about 76 buses hired to convey members of the party were also vandalised.

It took the intervention of the backup of security agencies in the state before the attackers were chased out of the area and one of them was arrested. 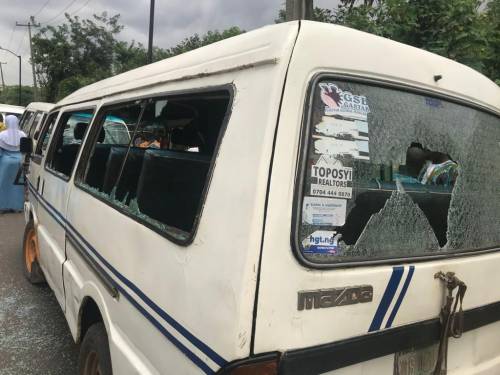 Speaking with reporters after the incident, a leader of the aggrieved members of the party, Alhaji Adebisi Olopoeniyan, described the attack as unfortunate and unexpected.

He appealed to aggrieved members of the party not to take law into their hand, saying the leaders would take necessary steps to address the issue.

"This is unfortunate and uncalled for. We were safe as opposition even during the era of the late Senator Abiola Ajobi as the governor. Why all this?” he asked.

A leader of the party in the Ibadan North Local Government Area, Gboyega Akiola, said he could identify one of the attackers, Idrisu Ado, as a member of the motor park management in the state.

He said, “We know ourselves. They almost killed me before the gate was shut behind them. I was behind the man that was cut with matchets but because I am still young and strong, they couldn't hit me. But it is better for the governor to call his co-travellers to order, else, the state won't accommodate us all.”