The group gave Dokpesi 48 hours to apologise to southerners over a comment the latter made in support of the Northern presidency. 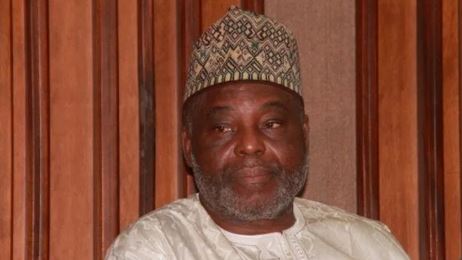 Dokpesi
The Coalition of Southern Groups has demanded an apology from Raymond Dokpesi, the Chairman of Daar Communications.
The group gave Dokpesi 48 hours to apologise to southerners over a comment the latter made in support of the Northern presidency.
Some days ago, Dokpesi told journalists that he was supporting a northern presidency in the 2023 elections because they had been marginalised with the death of former President Umaru Musa Yar’Adua in 2010.
According to him, it will not be fair and just should power return to the South in 2023, even though the regime of President Muhammadu Buhari, would have spent eight years.
Buhari is a northerner.
Reacting in a statement, the group said Dokpesi's comment could set the nation on fire by promoting the Northern Presidency against the Southern Agenda.
The statement was signed by Uche Nwabueze, the President; Uzoka Chukwuemeka, Publicity Secretary and Segun Nelson, the Secretary.
They described the DAAR Communication's boss as an enemy of the Southern region.
The statement reads: “Our attention was drawn to the statement made by chairman emeritus of DAAR Communication Plc, High Chief Raymond Dokpesi who was building support for the Northern group to produce a presidential candidate for 2023 election, systematically narrowed it to Peoples Democratic Party (PDP).
“We the Coalition of Southern Groups (CSG) condemned this reckless statement made by Daar Communications' principal as a way to set the nation on fire by promoting Northern presidency against the Southern Agenda that is well supported by the Northern leaders with the likes of Governor Samuel Ortom, Nasir El-Rufai, Aminu Masari, Abdullahi Ganduje and Babagana Zulum to balance the equation of the nation with peace and harmony.
“We as a group will continue to appreciate our brothers and sisters at the Northern part for their understanding and support across party lines to produce a Southern presidency come 2023, which is the only part that can unify us as a country again.
“We can see that High Chief Raymond Dokpesi is enemy of the Southern part of Nigeria where he comes from and benefited massively, we are using this medium to demand an open apology from the DAAR Communications boss within 48 hours.
“Coalition of Southern Groups will continue to consult and mobilise like minds for any vibrant Southerner who can manage the country well for peace, unity and good economic growth, which is desperately needed in our country now.
“We hereby call on all politicians of Southern extraction to rally on the yearnings and aspirations of our people to Produce a President of Nigeria in 2023 of southern extraction or declare themselves persona non grata in the Southern Zone.”
Top Stories