The suspect told the court he was possessed at the time of the filming and that he did it to please his eyes. 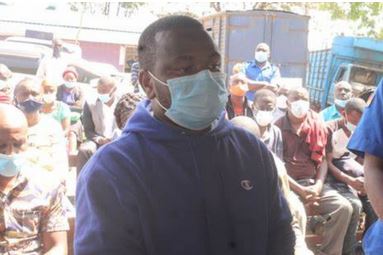 A Nairobi court has arraigned a man identified as Mark Mutongoi for filming a woman in a toilet at a petrol station in Westlands, Nairobi.

The suspect is said to have filmed Margret Wangari without her consent on October 7, at Rubis petrol station in Westlands, Nairobi.

“After she was done she heard some movement behind the washroom."

The court heard that it was the suspect’s movement that alerted the complainant, and she discovered that the accused person had strategically placed his phone on the washroom’s window and was recording her.

The complainant later alerted fellow women who were within the area and this led to the arrest of the suspect.

Appearing before senior principal magistrate Charles Mwaniki at Kibera Law Courts, the suspect pleaded guilty and told the court that he committed the offence to please his eyes.

He also claimed that at the time he was committing the offence, he was possessed.